Now, Google has launched Google Developers Live, a place to keep up with all of El Goog's broadcasts in one place. Like a TV Guide for Google events. Neat, right? 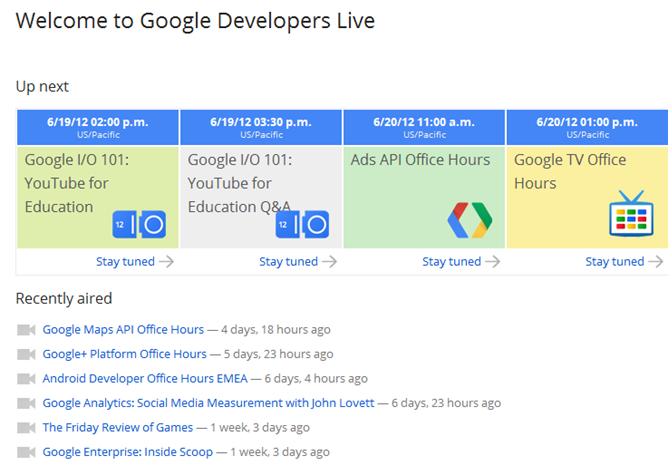 It's not just for live shows, either - the Live page also lets you browse through past shows, all of which are archived on YouTube.

With I/O coming up next week, Developers Live is going to be a fantastic way to keep up with all of the live streams, and moving into the future, all Google events. Good job, Google!