I know what you're thinking: "Oh no,  not another Android skin!" That was my initial thought, too; after seeing what Sharp and frog (the design firm behind this skin) have done with Feel UX, though, I actually kind of like it.

First off, I think this is far different than any other Android skin we've ever seen. It appears to be highly functional, but still maintains a level of cleanliness that even the most meticulous minimalists among us can appreciate. Enough babble, though; have a look for yourself:

While this new skin is definitely unique, it appears that it takes an almost-iPhone-esque approach and forgoes the homescreen completely. In fact, it's almost as is if it transforms the app tray into a fully-functional homescreen replacement, which is both odd and compelling at the same time. The widgets can be re-arranged and organized on the fly, all from within the widgets tray. The main problem I see with that, though, is that every installed widget will probably be stay activated at all times, which can lead to both battery drain and insane amounts of clutter and redundancy. 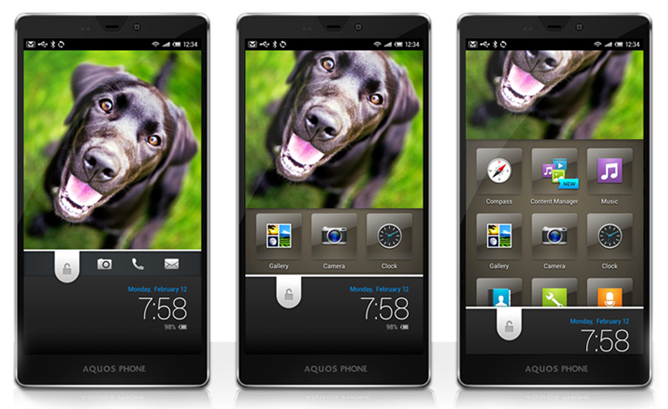 Of all the features found in Feel UX, though, my favorite has to be the lockscreen. It's so clean and minimal, and the scrolling widgets in the lower right corner look absolutely fantastic and I want this feature on every device I own. Now, please.