It seems Motorola is having a tough time keeping its upcoming releases under wraps. First, a press shot of the Dinara (believed to be the Atrix 3) was leaked, and now somebody grabbed a shot of an unannounced Motorola device heading to Sprint.

Similar to the Dinara leak, the device seems to be running a fairly light version of Motorola's custom skin. While some icons are changed it appears that the Android 4.0 launcher remains mostly intact. Also similar to the Dinara is the presence of on-screen buttons. But this unnamed phone's biggest differentiator is a sliding, 5-row QWERTY keyboard.

The tipster only got one picture of the device and some initial impressions, so there's no word on specs. But here's what we do know: 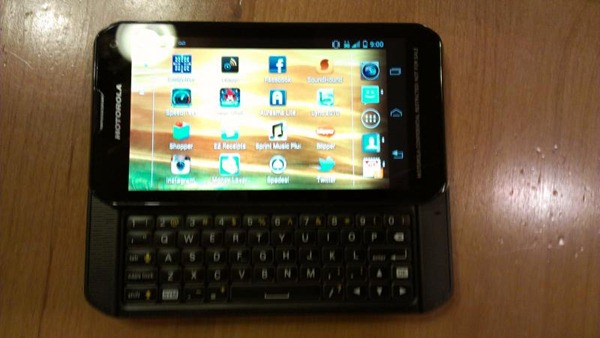