Although I've dropped a phone a total of about three times in my life, and although manufacturers are continually touting more and more durable glass, polycarbonate plastic, and even metal that's 3x stronger than stainless steel, there lingers in the back of my mind the question of what may happen if and when that fateful day comes – the day when I finally drop my phone onto an unforgiving concrete, asphalt, or otherwise hard surface. Looking to calm the fears of high-end device users everywhere, Seidio created their signature Surface, Active and Convert Combo cases.

I recently got my hands on a set of cases for my new EVO LTE, a device that (despite its quirks) is certainly worth protecting.

After living with the cases for a while, I've learned a few things – first, Seidio has covered the full spectrum of protection from super light and compact to ultra-durable monster case that would keep your EVO unscathed through a hurricane. Second, no kickstand that you will find on a (Seidio, but arguably any) protective case will beat the one that comes built into the EVO. Third, a selection of colors can make a surprising difference in the appeal of a given case when heavy protection is not a concern.

That having been said, let's take a closer look at Seidio's Surface, Active, and Convert Combo cases for the EVO LTE.

Seidio's Surface Case for the EVO LTE not only has the lowest profile when applied to your device, but is arguably the most attractive case of the set. Available in black, royal blue, garnet red, glossy white, or amethyst, users have a wide choice of colors, and the case itself adds relatively minimal bulk to the EVO's svelte form. As is usual for Seidio's Surface cases, this one comes in two pieces made of rubberized plastic (which has a sumptuous soft-touch finish) that snap together at about the level where Sense users would see the first row of home screen icons. The case has a fuzzy lining, ensuring that your device won't suffer any wear from the case itself. 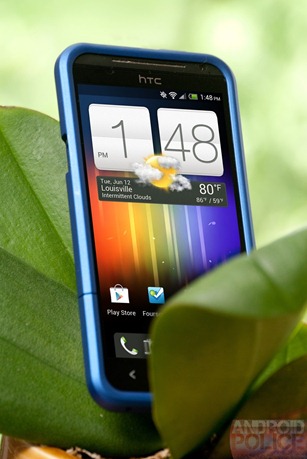 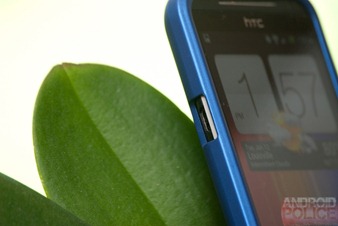 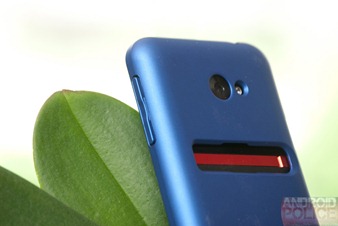 Besides its relatively slim form factor, the Surface case wins points for its convenient kickstand cutout around back. Having access to the EVO's built-in kickstand is a major plus, since it does a much better job than the kickstand featured in Seidio's Active case (more on that later).

The only issue I have with this case is its external buttons. The power button and volume rocker are pressed with a semi-cutout case button. The fact that only half of each button is fully cut out, however, can make it difficult to turn up the volume, and makes the power button feel awkward and unbalanced. As for the camera button, I can only tell I'm pressing it when I see the on-screen image focus or snap. These are minor complaints, but ones that could easily be addressed nonetheless.

Overall, Seidio's Surface case is a great option for those that want sturdy protection from minor falls and bumps but don't want a lot of extra bulk. Those interested in sturdy yet unobtrusive protection for their EVO LTE can pick up a Surface case for $29.95 at Seidio's online store here.

I want to say that Seidio's Active case with metal kickstand for the EVO LTE is great, but I have one problem with it. The Active case maintains a somewhat slender profile, feels great in the hand, and is free of the hard-plastic button-pressing problems its Surface counterpart suffers.

That being said, it covers up the EVO's kickstand in favor of Seidio's own built-in stand. That's my major problem with this case not because the kickstand is actively impeding the protection of my device, but because it's extremely flimsy, and frankly can't hold a candle to the EVO's own stand.

The case's kickstand is kept close to the case with a small magnet, but once pulled out the stand wobbles from side to side and generally doesn't inspire a lot of confidence. Fans of the fact that the EVO's kickstand can support the device in either direction can forget trying to balance their device "upside down" with Seidio's kickstand.

Of course, Seidio also offers a variant of the case that does offer access to the EVO's kickstand rather than providing its own, so those who aren't a fan of Seidio's kickstand have another option.

Otherwise the case is alright. As mentioned, its soft rubber core and rubberized plastic shell – while they are dust/lint magnets – are extremely comfortable to hold, and the addition of several millimeters to your EVO's svelte profile is a fair compromise for dependable protection.

It's worth noting that the Active case is only available in black at the time of writing at Seidio's online store (which lists other color options as "coming soon"). Amazon, however, has all the kickstand-wielding case's colors available with a simple search.

For those preferring to buy direct from Seidio, the sans-kickstand case can be had for $29.95 from Seidio's online store, with the kickstand-packing case ringing in at $34.95.

Putting your EVO LTE into the Convert Combo case (which is actually an assembly of 3 pieces plus a swiveling holster) is kind of like wrapping it in a bullet-proof vest. While I haven't done any ballistics tests the Convert Combo, it is probably the most substantial protective case I've ever used.

The assembly itself is essentially a combination (hence the name) of the Surface and Active cases that fits backside-out into a large, swiveling belt holster. Adding an extra touch of ruggedness to the Active component of the assembly, the Convert Combo has rubber flaps covering the EVO's microUSB port and camera/flash. On one hand, I see the camera cover as a great idea – it ensures that literally no part of your device but the screen is ever exposed unless you want it to be. On the other hand, it's a little inconvenient to open the rubber flap to snap a photo – it essentially kills the photo-taking speed of the EVO LTE. 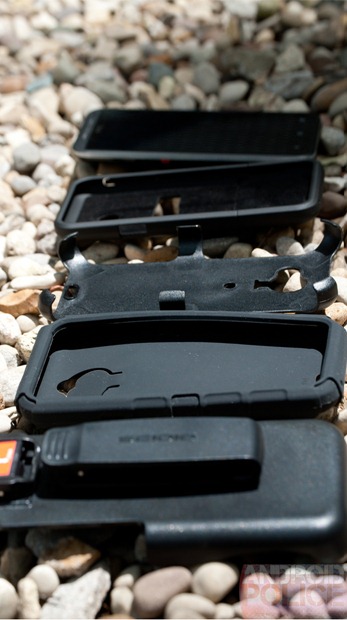 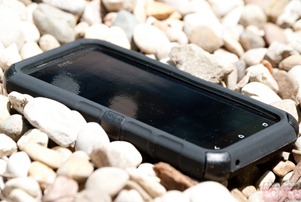 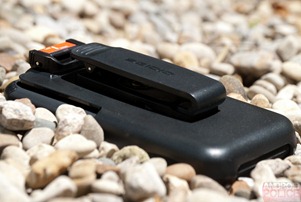 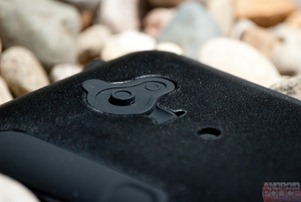 That being said, the Convert Combo is undeniably a beastly protective assembly, and I could imagine it being indispensible to those who find themselves working construction during a rock slide. Additionally, despite the number of components that make up the case, it doesn't look (or feel) ridiculously huge. Taking protection an extra step, Seidio includes a crystal clear Ultimate Screen Guard with the Convert Combo, which itself sells for ~$10. At $49.95 from Seidio's online store, the Convert Combo isn't cheap, but it isn't too expensive either, considering the protection it offers your device.

If I had to pick one case for my EVO to live with in the long term, it would without a doubt be Seidio's Surface case. The Surface is compact, durable, and unobtrusive. It protects the device, but allows users to take full advantage of the EVO's own kickstand and has a minimal impact on the device's form. Plus, it's already available in several colors.

Next, of course, would be the Active case, though it seems to provide no tangible benefits over the Surface case besides enhanced protection.

The Convert Combo is clearly tailored for a specific audience of users who want the ultimate protection for their devices, without compromising bulk to save the EVO's sleek form factor.

In the end, all three are great offerings and should be able to protect your EVO LTE with ease. To see all of Seidio's cases (as well as holsters, screenguards, and various combo packs), just head over to their online store here.