Since the invention of the smartphone, the number one concern on everyone's mind is "How can I use this to help prepare for the zombie apocalypse?" And if that's not your number one concern, it should be. Zombies, Run! is a game designed to augment your current running routine with a story and extra, *ahem*, motivation. Of the keeping-your-brains variety.

The game actually started as a Kickstarter project (but what doesn't these days?) and was released on iOS a few months ago. The game is fairly straightforward. Plug in your headphones before you go running, and hit play. The audio creates an environment and a narrative that engulfs you in a post-apocalyptic world. And, if the video above is any indication, the game has a very Mirror's Edge feel to it. The game uses the storytelling elements to condition your run. 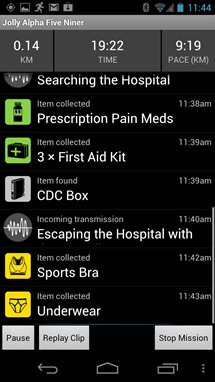 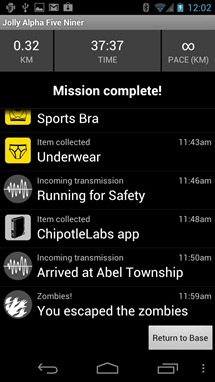 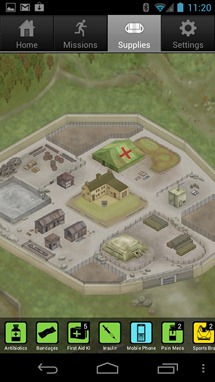 As you run, you automatically collect items that you can then use to build up your survival camp between workout sessions. The app also allows you to use custom music playlists for your run (the action happens in between songs). You can even view information about your runs online.

The app promises a lot, and we'll have to see if it can deliver. The biggest downfall to the app, unfortunately, is the price. At a whopping $8, it's one of the most expensive games or fitness trackers we've seen. Considering this project started on Kickstarter with an asking price of $12,500 and actually received over $72,000, we would've liked to see it at least come in at under $5. Still, apps that utilize your smartphone to simulate the living dead aren't new by any means, but if this app could put together a halfway decent experience, it could be amazing.

Let's just hope it's $8 worth of amazing.

First Batch Of CyanogenMod 7.2 (Stable) Builds Now Available For A Ton Of Devices