When on{x} showed up as an Android exclusive from Microsoft, we figured it was just a fluke. Then Android got its own Xbox LIVE app straight from MS, and things got interesting. Now, Microsoft has launched its first Android game: Kinectimals. Sure, it's not Microsoft's most popular game, but it does show that the company is willing to take Android more seriously. Even at the risk of its own mobile OS.

The game itself costs $2.99 on the Play Store. If you already own Kinectimals on the Xbox 360, this app will let you unlock five new animals on your console. Of course, you can also play games with and take care of your pet feral jungle cats on your phone, too. The Tamigotchi of the future, ladies and gentlemen.

Of course, the bigger news is that Microsoft has now gotten into Android gaming. Previously, the company created game-related pieces of software, such as Halo Waypoint, the Kinect Star Wars social networking app, and the Age of Empires crafting guide. While an argument could be made that Kinectimals isn't a bigger deal than these other apps, Microsoft is rapidly warming up to Android. That much is clear.

Maybe they're hoping if they extend Google some goodwill, the search giant will do the same in return. After all, as one reader pointed out the other day, Google isn't exactly returning the favor on Windows Phone. That can't be helping Microsoft's already dismal Windows Phone numbers. 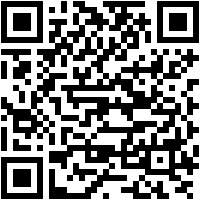