Update: Previously, I mentioned that Babel Rising 3D contains in-app purchasing options. These have since been removed.

It is the conventional wisdom of our time that smartphone and tablet gaming are "the future." Like plastics. It's inevitable, it's going to happen - more and more people will move away from the PSPs, the PCs, and the Xboxes to their all-in-one portable devices. Now, that's not to say these other industries are going away any time soon - console and PC gaming will likely to continue to stand on their own for decades (maybe not so much portable consoles). Console gaming, in particular, is having something of a second "golden age" with the Xbox360 and Nintendo Wii.

But the shift to mobile gaming has been marked by a trend that's actually reverse of what typically happens: casual gamers are coming to mobile first, with hardcore enthusiasts sticking with more traditional hardware. That's mostly because mobile devices haven't had the powerful polygon-pushing chips of much larger, dedicated gaming equipment. But recently, we've been watching the gap between mobile and console gaming close before our very eyes. Games like Shadowgun push the visual limits of mobile hardware. Sonic the Hedgehog 4 is a serious push by a major name in the gaming industry (SEGA) into the mobile space. Max Payne is one of a growing number of ported old-school hits to come to Android.

So what does Babel Rising 3D have to do with all this? As a casual game, it would appear to be just another title attempting to appeal to the growing masses with smartphones who really don't like the idea of being a "gamer." But for $5, the price doesn't exactly scream casual (at least for Android). And that's because while this game should have great appeal to casual players, it's also unusually well-made. It just reeks of polish. And that's something we don't see very often.

The premise of Babel Rising 3D is that you're an angry god trying to smite his people for erecting a tower in honor of some heathen deity. You strike down these lemming-sized heretics with a variety of elements - earth, fire, wind, and water (no heart, sorry Ma-Ti). Each "tree" has three skills. One is a small or single-target ability, one a multi-enemy area of effect attack, and the last a "ultimate" move that can decimate large groups of the unholy with a shake of your phone. On its face, it sounds very simple. It's also incredibly fun. 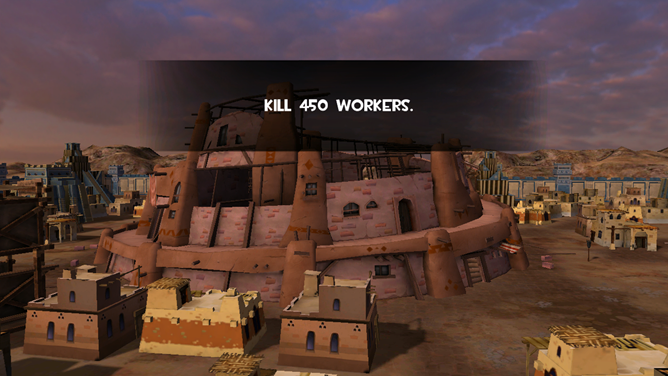 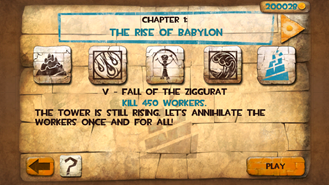 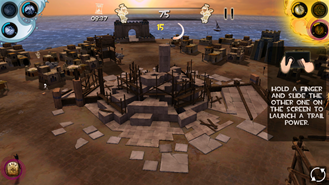 These skills are augmented with things like passive abilities, upgrades, and one-use special items. You can also only choose 2 elements, 1 special skill, and 1 one-use item per level, inserting a modicum of real strategy into gameplay. 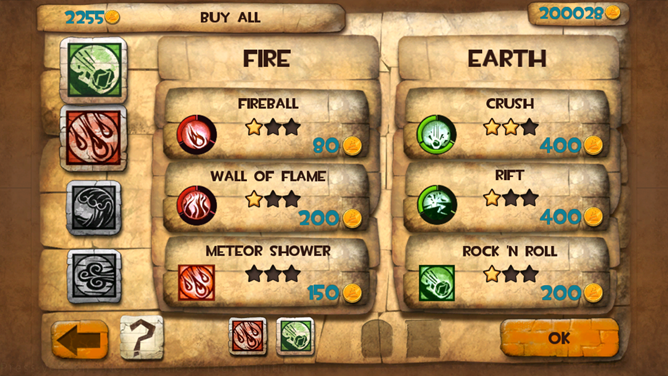 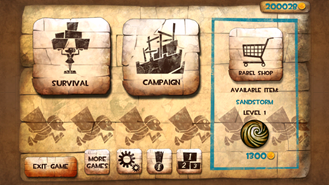 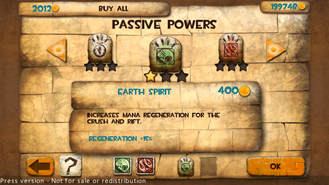 And because of this, Babel really is fun. While the area of effect abilities do take getting used to in order to control them effectively, the game itself plays like something that was tested and tuned extensively. The reason the area of effect abilities are so difficult (at first) is because that in order to initiate them, you have to use two fingers. You plant one finger on the screen as an "anchor" to indicate you want to use an AoE ability. Then, with a second finger, you drag through the area you want the ability to affect. Once you get the hang of it, it's actually pretty intuitive. Unfortunately, even when you do get the hang of it, sometimes abilities just don't work right and uselessly shoot off in another direction, causing some major nerdrage. 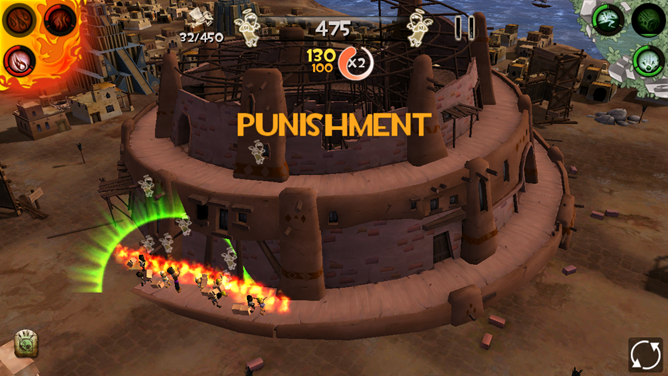 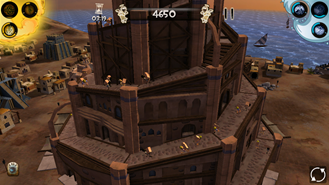 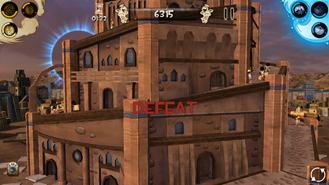 As for difficulty, you'll find no shortage of it in Babel Rising 3D. This game gets hard - especially if you aren't being a Cheaty McCheaterson and buying all the power-ups. At first, the game looks relatively simple - the little lemmings come from one direction attempting to build their tower, and managing them is just a matter of good timing and aim. Then they aid "priests" that are immune to certain elements and generate immunity bubbles around their little friends. Then in the second chapter, they start coming from two directions, and things get really dicey.

There are also community leaderboards and such to make the experience social, so Babel Rising 3D really does hit every corner in terms of a proper, modern mobile game.

The soundtrack in Babel is professional enough that you don't think about it. The sound effects are good, and for a casual game, frankly, they don't matter all that much unless they're bad. And in Babel, they're not.

In the realm of graphics, Babel delivers again. The visual effects provided by your elemental weapons are truly pleasing to behold, and the textures and models are top-notch for a casual title. In fact, they're a lot better than most games in this genre. That may be due to the fact that Ubisoft had a hand in this game - yet another sign that major studios are taking a real interest in mobile. Of course, a lot of people may not see Ubisoft involvement as much of a positive. 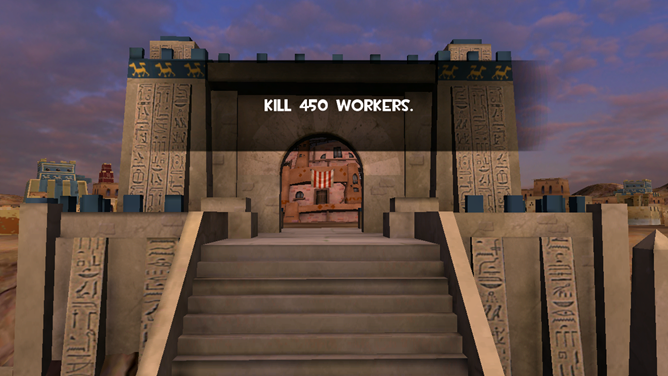 In terms of technical snafus, I experienced some crashing with Babel on my HTC One X (Tegra 3), though it did run absolutely buttery smooth. The crashes seemed to occur mostly when I was taking screenshots, so that could be the culprit - I'm not sure. This game is also only for phones (and only for a fairly limited number of them), which is a bit sad. I tried playing my review copy on my Transformer Prime, and while it ran, it did so quite terribly. It'd be nice to see a tablet-optimized version of this title, because I feel as though it would scale very well to that format.

So, is it worth $5? I think so - it's so atypical of the casual genre in terms of being such a great all-around product. It looks great, it plays very well, there's a lot of content, and it's not just a rehash of a played-out mobile genre (though it is a more complex, visually re-imagined version of another title, Babel Rising). There's also the fact that it's designed by its very nature to be played with touch controls, so that's a big plus.

Babel Rising 3D is almost certainly worth your money. It's a title casual and more experience gamers can both enjoy, whether for 2 hours or 10 minutes at a clip. 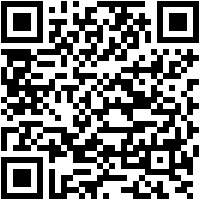 First Batch Of CyanogenMod 7.2 (Stable) Builds Now Available For A Ton Of Devices