If you have an EVO 4G LTE from Sprint, you may want to take a closer look at your unit before your initial 30 14 days are up if you're still within that timeframe. Some users over at XDA are reporting that their devices are experiencing light bleed around the home button when the button is lit up and the display is darkened. If you want to test out your unit, the app Dead Pixel Test can help. 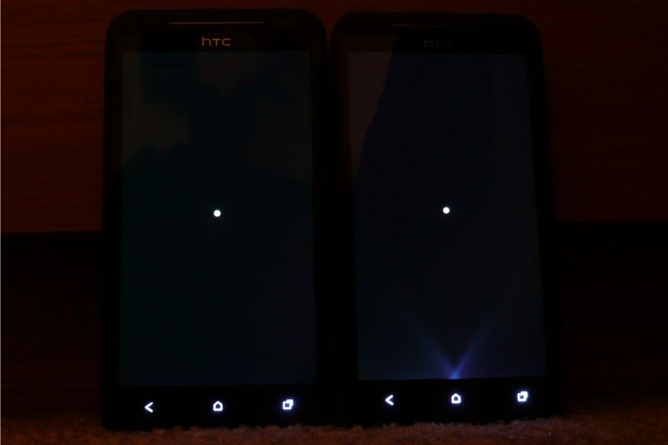 The image above was taken in a long-exposure shot in a dark room, so the light bleed issue shouldn't be quite so noticeable. Nevertheless, the faulty unit on the right clearly has the 20th Century Fox searchlights some obvious light bleed. The replacement unit on the left, not so much. Users are reporting that both Sprint and Best Buy stores are willing to replace units with light bleed issues, but at the moment neither company has offered official statement on the matter, so your mileage may vary by retail employees.

If you're having any issues, let us know in the comments. Photos are even better, of course.

Samsung Details Its Apple-Like Security For The Development Of The Galaxy S III, Or: The ...