Anyone who's been keeping up on the Android blogosphere this year will know that Samsung managed to keep a pretty tight lid on the Galaxy S III prior to its release - we didn't really see any credible leaks up until a few weeks before the official announcement. And now, Samsung, in an apparent attempt to let the world know it's practicing Apple-level secrecy, has let us in on the deets of how it hid its flagship from the media's prying eyes.

"The Samsung was Galaxy S III [sic] announced on May 3," the company begins. Indeed. Before this public unveiling, however, Sammy made every effort to keep its prize possession secret - even from its own engineers. In the company's words, "there was a separate labwith [sic] security cards, fingerprint readers and everything,designated only for the few that were approved for this top-secret project." (Yes, the "multifaceted" "digital leader" may be able to keep its engineers' mouths shut, but it can't keep its spacebars working.) 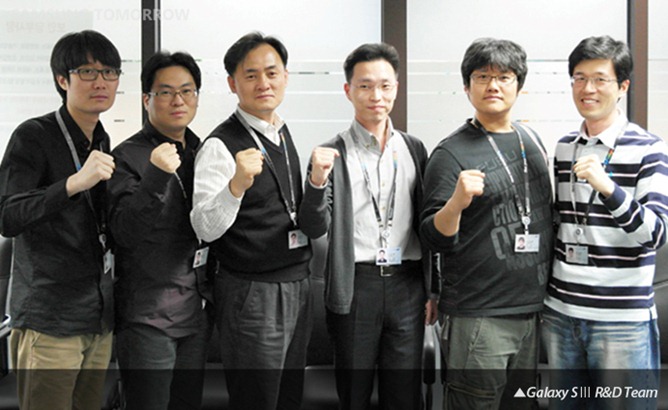 Apparently, Samsung was so eager to keep the GS III under cover that it produced three different prototypes, all of which were treated like final products - components like antennas had to be produced separately for all three devices. Engineers were not only strictly forbidden from talking about their work with their families, but were also banned from sharing pictures of the devices with colleagues. As a result, the "designated" elites allowed near the prototypes "had to explain the GALAXY S III with all sorts of words" whenever they needed to communicate with other employees about the device. The Procurement Department, for example, had to determine the price of the GS III and the materials to purchase for it without ever seeing the handset in person - the devs' explanations were all they had to go on.

Good business or another of Samsung's efforts to become Apple? You decide.