Back at CES in January we got a first glance at Sony's latest flagship phone, the Xperia Ion. In our time with it, the device made an impression with its 720P display and 12 megapixel camera. As expected, this device is finally showing up on AT&T with an announcement today of the device's availability later this month.

As you can see, this is a phone with some serious media credentials. The 4.6" 'Reality display'  allows you to view HD content on the go, including content from the Sony Entertainment Network (SEN). The Xperia Ion is also PlayStation certified, so the SEN's selection of games will be available to you in addition to music and video. The Xperia Ion also has a dedicated camera button, allowing you to rapidly launch the camera application and take shots in quick succession with the phone's Exmor R sensor. 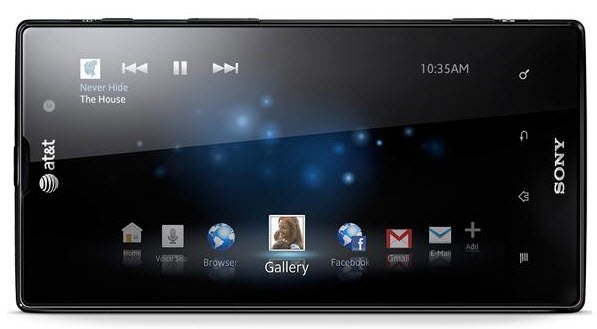 The kicker is that the Xperia Ion was demonstrated running Android 2.3.7, with a view to being upgraded to Android 4.0 after release. Nothing seems to have changed in Sony's plans since then, so this will be launched with a disappointingly last-gen OS. While Sony's track record of phone upgrades is pretty decent, it's still a gamble on Sony's part as to whether or not users will buy a phone with out of date software and a somewhat nebulous promise of an update.

AT&T will be selling the Xperia Ion through all AT&T channels starting June 24th, for $99.99 on a two-year contract.

Samsung Details Its Apple-Like Security For The Development Of The Galaxy S III, Or: The ...