Sony has had a busy morning so far, announcing no fewer than four new Android smartphones. The newly announced Xperia miro, tipo and tipo dual will all ship with Android 4.0, despite each having underwhelming specifications, whilst the HSPA version of the Xperia ion is still set to ship with Android 2.3, but as the name suggests it will be lacking 4G.

The Xperia mio packs a 3.5-inch display with a resolution of 480 x 320, Android 4.0 and a 5MP rear camera. Unfortunately, this is all being powered by a 800 MHz Qualcomm MSM7225A processor, so don't expect any performance miracles.

Sony's really pushing the miro to be the 'fun' phone out of the group, with different color options for the chin - you can choose between black, black/pink, white and white/gold - as well as Facebook integration throughout the operating system and customizable illuminations to differentiate incoming message and social updates. I suppose something has to distract potential buyers away from the poor specs and when your target market is teenagers, different color options are usually a safe bet.

In addition to the 5MP rear camera, the front facing camera will allow you to video chat with your friends. If you want to inflict your music on the rest of the world, you can do so with the knowledge that Sony has also given the miro 'xLOUD' audio technology, which is meant to make your tracks sound both crisp and louder. Here's the full spec sheet...

The Xperia tipo is being aimed at people taking their first step away from feature phones and into the smartphone market, and ships with a dedicated set-up guide and a built in app which allows users to keep track of their data usage throughout the month so that they don't go over their allowance.

Like the miro, the tipo ships with an 800MHz Qualcomm processor and delivers Android 4.0 at a low cost. You'll also find the same measly 480 x 320 resolution in the tipo, although the screen is 3.2-inches rather than 3.5, so the pixel density will be slightly improved.

The rear camera on the tipo is capable of just 3.2MP, but this isn't a phone aimed at seasoned smartphone users, so Sony might be able to get away with the underwhelming specs.

The tipo dual is identical to the tipo under the hood, but it allows for dual SIM, so you can switch between different tariffs or keep one SIM in there for when you travel abroad. This is great for users who have separate personal and business numbers too, as they can switch between them without having to change phone or physically swap one SIM for another. 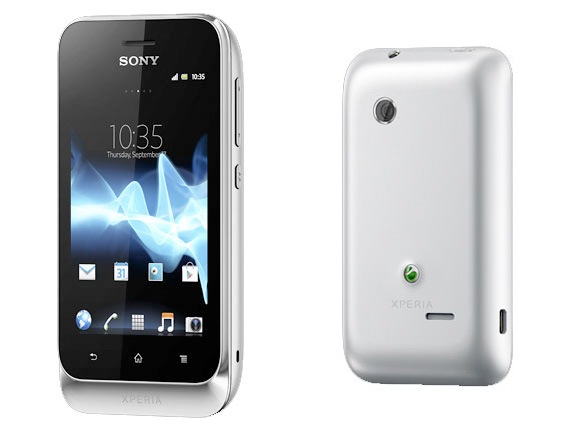 We were introduced to the Sony Xperia ion way back in January, at CES, and it certainly towers over the miro and tipo both in terms of specs and screen size. When it ships, the ion will come with a 4.6-inch 1280 x 720 display, a 1.5GHz dual-core processor and a 12MP rear camera. Unfortunately, it will be running Android 2.3 at launch, although an upgrade to Ice Cream Sandwich is apparently in the works.

The ion HSPA is identical to the original ion in every way except for one: it only supports 3G networks. As Sony and AT&T have partnered up for the phone's initial release in the US, we expect to see the ion HSPA available in countries such as the UK, where 4G networks aren't yet up and running. 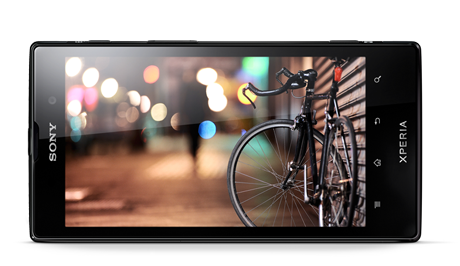 Apple Opted Not To Delay Samsung Galaxy S III Launch... So That The Case Goes To Trial Sooner