First, Smule turned speech into music (and pontifications into pop) with Songify, and now the developer is looking to get into the instrument-emulation side of Android music apps.

Indeed, Magic Piano, another popular iOS Smule app that has now made its way to Android, lays out a series of dots which you have to tap in tune to your favorite song (assuming it's in Smule's inventory, of course).

So, is it as cool as it sounds? To some degree, yes; if you've ever played Tap Tap Revenge, you should feel at home - both games involve tapping on-screen dots to play music (obviously, there are myriad nuances that differentiate the apps, but Magic Piano's overall style is decidedly reminiscent of Tap Tap).

However, one major limitation is that the game only starts you off with 3 songs and 30 "smoola," or coins that can be used in exchange for songs. You need 75 to buy a single track (25 if it's classical music); as of now, only 2 free songs are available, while everything else requires this virtual currency. You can earn it by completing various offers from Smule's advertisers or purchase them for prices ranging from $2.99 (200 smoola) to $49.99 (3780 smoola). I'll let you decide whether that's worth it. (To Smule's credit, there is a wide variety of songs - the official number is 200 genres.)

As for the game itself, you're SOL if you were expecting a full-featured piano to go; what's more, if you're on your phone the dots often get too close together to play comfortably. Tablet support is key here.

That said, Magic Piano can be quite fun for piano fans, provided that you're willing to pay to play and your fingers are nimble enough. It does, for instance, have a few stand-out features, including the ability to share your game scores via SMS, Google+, or most any other social media. Besides, the app itself is free to try, and you can do so at ease with the widget below. 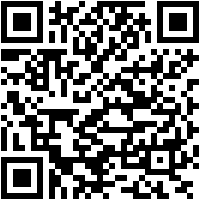 Download QR-Code
Magic Piano by Smule
Developer: Smule
Price: Free+
Due to an audio bug of some sort, Magic Piano cannot be installed on the Galaxy S II at the time.

Get ready to jam with Smule’s Magic Piano! From Bieber to Mozart, Android users can soon play the hottest songs on the coolest keyboard.

Magic Piano, Smule’s #1 iOS piano app, will debut on Google Play here on Wednesday, June 13th at 9:00 am PST. Android users can soon join the Magic Piano community of 14 million iOS customers who have played over 135 billion notes to date.

Since launching on Google Play on May 15, Smule’s first Android app, Songify, has generated over 1.5 million downloads. Smule would like to offer you an advance preview of Magic Piano, the company’s second Android app (under embargo until Wednesday, June 13th at 9:00 am PST).

Check out Magic Piano in action:

get their groove on with “Love You Like a Love Song”

tinker for fun on the Magic Piano