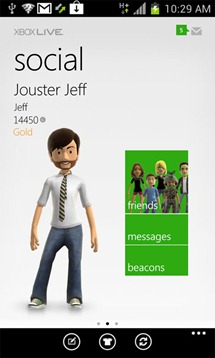 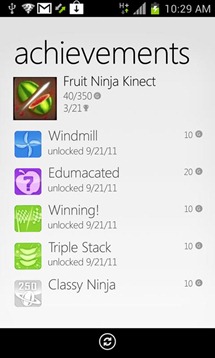 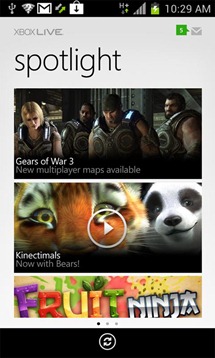 The app has a distinctly Metro UI feel to it, which is unsurprising as Redmond has been keen to slather the vector-based UI on all of its properties these days, but the theme definitely clashes with Android. Functionally, however, it's very robust. It doesn't launch or connect with any games aside from achievement tracking, but fans of the Xbox LIVE service will get some utility out of this app.

It's noteworthy that Microsoft has chosen to release this app on Android, though. Windows Phone hasn't exactly skyrocketed into popularity the way Microsoft would like just yet. The Lumia was a good boost, but one phone can't carry the platform. Xbox LIVE integration was always a major bullet point for Windows Phone and, while this app doesn't cover everything Xbox LIVE has to offer, it does indicate that Microsoft seems willing to loosen its grip on some key properties.

The app also seems to have some compatibility issues with tablets. While it installs just fine, the app refused to run on my Xoom, claiming "This app won't work well enough on this device." We assume that Microsoft will expand compatibility as time goes on. The app's description says it is available for "most Android 2.2+ smartphones, with WGVA screen resolution or higher."