It's inevitable that, when a new version of iOS or Android gets released, the fanboys will come out of the woodwork to mourn the death of their beloved rival. In most cases, it's best to ignore them. However, in most cases, they also aren't the founder of a major tech publication. As such, it feels like Mr. Geller's premature funeral service for Android deserves its own bit of attention because, in the immortal words of Monty Python, Android isn't quite dead yet.

Where Does Apple Get Those Wonderful Toys?

In times past, I've written pretty extensively about Apple and Google's habit of copying features from other places. Which, by the way, is fine! Great, in fact! Can you imagine how much life would suck if every time one company came up with a feature, another company couldn't even use the idea? iOS would still have giant alert box notifications, and Google wouldn't have a music service. Copying, when it isn't just duplication, and is used to move innovative platforms forward, is a good thing.

However, Geller claims, in his piece, that iOS has "stomped out Android again." I can't wait to find out how! I've been thoroughly pleased with my Android device, and have been for a while! If there's something new in the tech world that completely blows this away, lets hear about it!

The first claim made is that "Do Not Disturb is a lifesaver!" Now, I have been informed by my colleagues that this is not, in fact, the "power button" as most of us have been calling it this entire time, but is actually a separate feature, distinct from turning your device off that allows you to block out any messages while you're using the device. Which is, admittedly, pretty handy! Point to iOS!

Geller goes on to claim that Siri on the iPad is an incredibly welcome addition. I bet it is! I wish that I had it on my Xoom. Instead, I only have Voice Actions, which can search for directions, get me sports scores, set alarms, control music, not to mention return any result that Google itself can, such as "how many ounces are in a pound?" Sorry, Geller. Gotta call this one a stalemate. 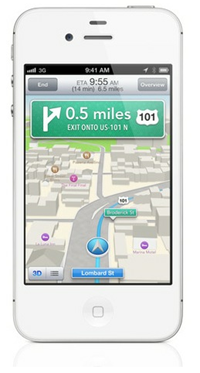 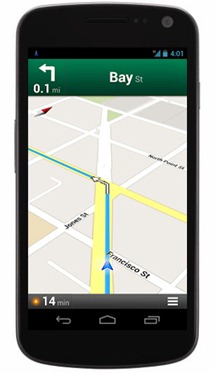 Do I really even need to do this? I didn't think so. Moving on.

FaceTime Over Cellular And A Bunch Of Other Stuff

I'm already getting tired of my own feigned ignorance. Google Talk has been able to initiate one-on-one video chat over cell networks since Android 2.3.6. Automatic upload of photos to Google+ has been around for a while. Custom song ringtones have been available since so early on that I can't remember a time my roommate received text messages without the Power Rangers watch sound. This isn't news, you guys.

You know what is news? Passbook. Ironically, one of the few new features of iOS that Geller neglects to mention in this piece. In short, Passbook is what Google Wallet should've been. Google Wallet is, by most measurable standards, dead in the water. Which is sad because what Google Wallet offered was so much more than NFC payments. Google Wallet promised to be the consolidation of everything in your wallet. Gift cards, loyalty cards, payment cards. 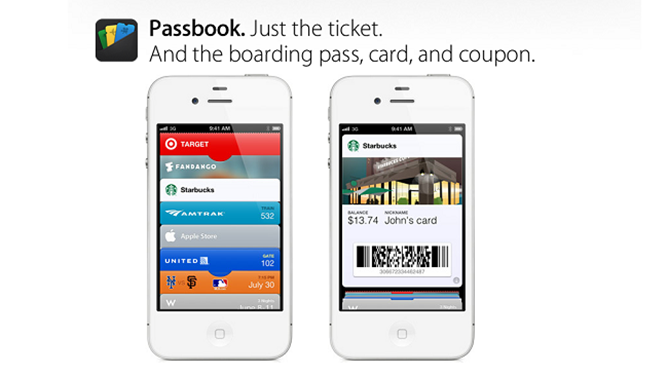 Which is exactly what Passbook is promising to be. Plane tickets, gift cards, concert tickets, and more all managed within a single app. This is one area that the iPhone is right and truly beating Android. It's almost shameful, since Google clearly wanted to go down this road first, but got hung up on the incredibly difficult NFC system, instead of focusing on what it could do apart from the carriers, making its service an incumbent, and then negotiating with retailers and carriers from a position of power.

This is what makes the argument so frustrating. There are tangible ways that Apple is innovating. These matter. The fact that Apple has created a maps service is not one of those. A Do Not Disturb mode is barely one of those. That these genuine innovations are getting ignored to declare Android "stomped out" is belittling both the value of Android, and the real work that Apple has done.

So, here's where we are: Android and iOS have, over the last year, reached relative feature parity. Ice Cream Sandwich doesn't look like crap, and iOS 6 has a decent notification system and turn-by-turn navigation. The two OSes, with all their quirks and little holes, are incredibly powerful systems that should not be ignored. The same could not be said of Blackberry devices or, arguably, Windows Phone just yet. The two are in a class by themselves.

So, where is the "stomping out" coming from? Perhaps when Geller says that iOS has stomped out Android, he doesn't mean that Apple has created a ton of new features that the competition doesn't have, but that the experience as a whole will be so fantastically great that Android growth will stall and the iPhone will finally win out. So, it's a numbers game, eh? Good. I like numbers.

Here are the current numbers:

For those interested in how I got these numbers, here's the quick and dirty rundown:

Now, there are two very important things to note about the above numbers: one, these numbers are extrapolated and probably inaccurate. We work with what we have. The underlying point, though, is that both are growing. Very rapidly. Faster than anything else out there. Android is probably growing faster, but this is largely because Apple experiences lulls in sales since new iterations of each device are only released once a year.

And the other very important thing to note about these numbers: no one is dying. whether it's 565k, or 900k devices per day, neither platform is getting "stomped." At best, a user might like a platform better. The idea that iOS is demolishing Android or Android is obliterating iOS is absurd. Both platforms are doing amazingly well and both platforms have more features than anyone can know what to do with.

Some people are going to prefer iOS. Some people are going to prefer Android. And those lines aren't drawn between "hipsters" and "nerds" anymore. Both sides have users from all walks of life. These fanyboy arguments are silly and pointless. And, frankly, it's high time we stopped paying attention to them. Yes, I realize the irony in writing this post, but it bears repeating once in a while when these things flare up.

So, what do you say, guys? Think it would be okay to live, let live, and ignore crap editorials declaring the other side dead from now on?