In case the specs have slipped your mind, here's a quick refresher:

Following on from this initial release in Germany will be the Netherlands, Sweden, UK and Italy. 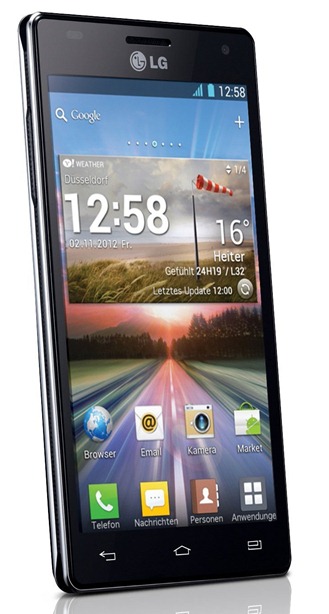 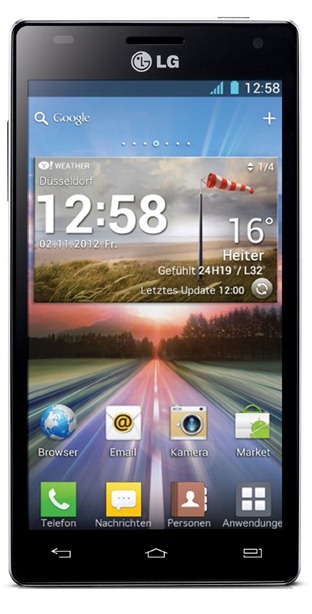 SEOUL, June 11, 2012 – LG today announced that its first Quad-Core smartphone, the Optimus 4X HD, is now available for purchase in Europe. Since its introduction at the Mobile World Congress in February this year, the retail availability of the Optimus 4X HD has been eagerly anticipated. German customers will be the first to experience the power of Optimus 4X HD, followed by the Netherlands, Sweden, United Kingdom and Italy. The rest of the region, along with Asia, CIS, South and Central America will receive LG’s fastest smartphone in the weeks and months ahead.
With its high performance and stylish design, the Optimus 4X HD raises the bar significantly for competitors to match. Featuring NVIDIA’s 4-PLUS-1™ Quad-Core mobile processor, Tegra 3, the Optimus 4X HD boasts of unparalleled performance and speed. Tegra 3 automatically activates all four cores when a maximum power is needed but defaults to the fifth, battery-saver core when less power is required, such as during standby mode or music playback mode. And via the exclusive Eco-Mode application which will be provided with the software upgrade, users to manually shut down any of the Tegra 3’s cores for even more control over power consumption and performance. What’s more, with a 2,150mAh battery -- the largest among Quad-Core smartphones -- and proprietary SiO+ technology, the battery in the Optimus 4X HD is able hold a greater charge without adding bulk to the clean lines of the smartphone.
The 4.7-inch True HD IPS display on the Optimus 4X HD offers a superior high-clarity viewing experience with a resolution of 1280 x 720. Additionally, the 16:9 ratio allows for viewing more information at a glance and the device’s high pixel density of 313ppi and Stripe RGB IPS Panel offers sharper and crisper text. The Optimus 4X HD provides white background for the e-mail and message screen that users frequently use and True HD IPS allows for more accurate reproduction of white that enhances readability.
“The Optimus 4X HD is fast but speed alone isn’t what makes this smartphone so great,” said Dr. Jong-seok Park, President and CEO of LG Electronics Mobile Communications Company. “Differentiated User Experience and exclusive features LG engineers have developed for this device set this phone apart as much as it’s Tegra 3 brain. With Optimus 4X HD, we’ve set the bar quite high for the industry and the competi-tion.”
The Optimus 4X HD boasts LG’s new User Experience (UX), Optimus UI 3.0, which includes QuickMemoTM. QuickMemoTM allows users the ability to instantly jot memos or notes from any screen, without having to open a separate application. The Optimus 4X HD also comes with Media PlexTM, which combines a range of functions to enhance image and video playback such as Fingertip Seek and Live Zooming. Media PlexTM also includes Time Catch Shot which allows one to select and save the best shot among the images taken just before the shutter button is depressed.
Tom’s Hardware, a global publication specializing in consumer electronics, selected Optimus 4X HD as one of the most innovative products at this year’s Mobile World Congress. For a video demonstration of LG’s most advanced smartphone, please visit http://2url.kr/cmj .

[Quick Review] SPIGEN SGP HTC One X Crumena Leather Pouch: Like A Mercedes For Your Phone

[Update: Here Are The Winners] Giveaway: Win One Of Ten White Crumena Cases For The HTC One X ...