I'm not going to lie - I'm not much of a fisherman. I'll watch River Monsters every time it's on the tube (much respect for Jeremy Wade - what a cool guy), but when it comes to casting the line myself, I'm just bad at it. Maybe it's lack of experience, or maybe I just get bored too easily and give up. Whatever the reason, I bet I would be more interested in becoming a harvester of the sea if I had the right gear. And by "the right gear," I really mean "a gadget that wirelessly connects to my Android device to show me where all the fish are." 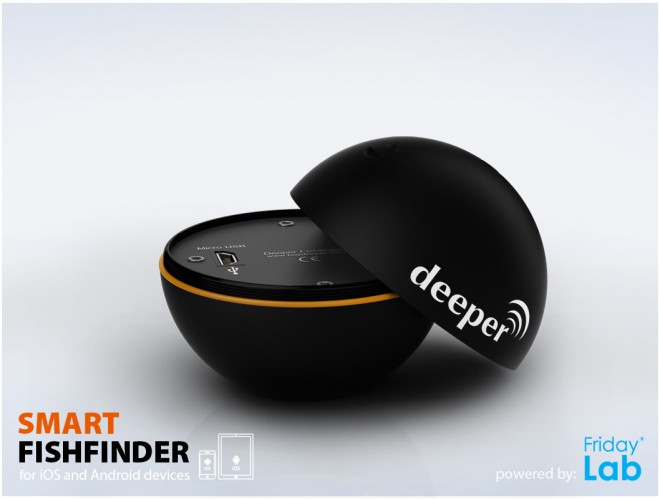 Wouldn't you know that someone - namely a company called Friday Labs - created such a thing? It's called Deeper, and it's actually pretty cool:

Neat, right? Deeper is actually more affordable than you might think, too: you can pre-order one right now for $150 (will be $200 after release). I figure this is one of those must-have things for any fisherman who's looking to geek his boat up a little bit. Hit the link below to pre-order one for yourself.

Linaro Android Nearly Doubles ICS Performance, And Now Parts Of It Are Being Added to CM9

Spigen Ultra Thin Air Case For HTC One X: A Good Choice For Those Who Think Less Is More