A couple images of the rumored Droid RAZR HD just landed on Droid Life, showing off the back and side the device; while that really isn't much, at least it's something. 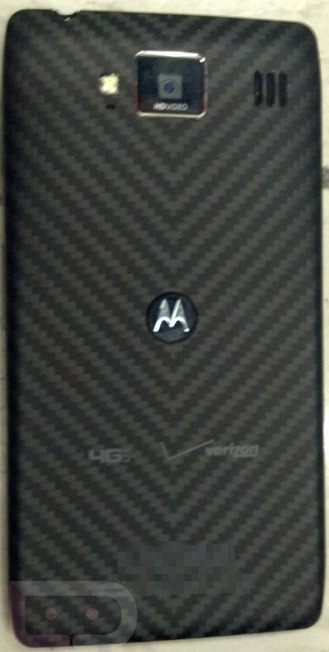 For starters, it's pretty obvious that Motorola stuck with the distinct RAZR Kevlar backing, which is quite nice. Otherwise, there's a camera - rumored to be 13MP - a flash, a speaker, and of course, the 4G LTE logo and Verizon branding. Underneath that backplate is said to be a 3,300mAh battery (not unlike the RAZR MAXX), which should provide enough juice to easily make it through a day or two without having to hit the charger. The side of the device holds the volume rocker, microHDMI, and microUSB ports.

What we don't see here, however, is the display. According to DL's tipster, the display is "amazing" and features on-screen navigation buttons, all but confirming that we'll see ICS on this handset when it's released.

Speaking of, we're hearing that this device could be hitting the market sometime before the end of summer, so it should be available sometime within the next couple months. So now, we wait.

[The Android Police Podcast] Episode 13: Too Many Meats In Your Mouth... Turducken