You may remember the Chameleon tablet homescreen project making news last month as the developers started seeking financial backing with the aid of Kickstarter. Teknision Inc. was looking to scoop up $50,000 in small donations to make Chameleon a reality, but after crossing the threshold shortly ago, the funding was cancelled. 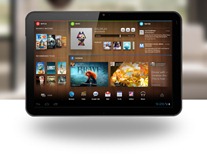 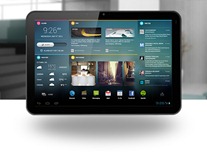 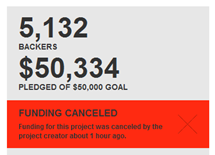 According to a message on the Kickstarter page, a problem was encountered with Amazon Payments. Teknision was using an Amazon account belonging to an employee, but that employee left. Since Kickstarter can't switch accounts midstream, the company could not process the payment. Because Kickstarter only uses Amazon's service, Teknision says it will be unable to accept any of the money people have thus far pledged. Apparently, the only recourse is to cancel the current drive, and start a new one. To be clear, no one that pledged to support Chameleon will be charged.

Chameleon was announced as a better way to use a tablet. The interface looks undeniably beautiful, and it has some good functionality. Chameleon will change the layout of your homescreen based on where you are and what you're doing. The demo makes it look very sleek, but this is just a demo. They have to work out funding before you'll ever get your hands on it.

The company is claiming a new Kickstarter will be up next week, starting all over at $0. To make up for the inconvenience in some small way, Teknision is promising to throw in the wallpaper pack from the $10 donation level with all $5 and higher tiers.