Anyone who knows me (or has read any article where I mention music) is probably aware of my music preference: I'm all about rock and metal. Thus, when Rock Radio from AudioAddict hit the Play Store, I knew I had to check it out. And I wasn't disappointed.

For starters, Rock Radio offers 22 channels that cover the gamut of basically anything a rock or metal fan could want - all for free. The list is quite impressive:

As you can see, Rock Radio offers something for everyone, regardless of whether you're into the softer side of rock or want the heaviest, melt-your-face-off metal you can find. 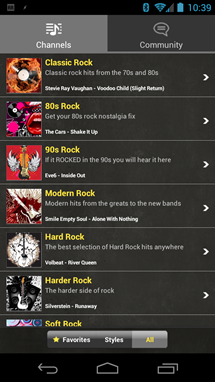 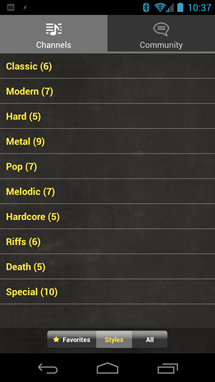 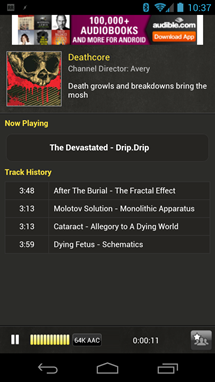 The interface is as simple and intuitive as it gets - there's absolutely nothing fancy about the way it looks, and in this case, that's not necessarily a bad thing. Once you launch the app (and sign up for a free account if you don't already have one), you're presented with the list of aforementioned stations. Tap one to start listening. If you prefer to sort your tunes by less-specific categories, you can do that too.

Once you're listening to a station, well, that's it. It provides basic info like the currently playing track, as well as a list of the four previously played track. At the bottom, there's a way to pause the music and current audio quality. By default, tracks stream at 64Kbps AAC while on Wi-Fi and 40Kbps AAC while on a cellular network, which doesn't sound bad by any standard, and shouldn't eat through your data plan due to the reasonable file sizes. If you want to stream at the higher quality while on cellular, though, you can change that in the settings menu.

That brings me to the only quirk I've found about this app: there's no legacy menu button in ICS. Naturally, this presents a problem, since there isn't a way to access the settings menu (or anything else that requires the use of the menu button). Here's a look at the features ICS users are missing due to this issue: 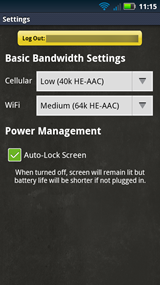 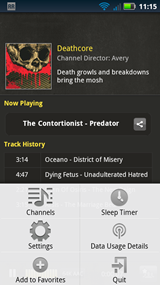 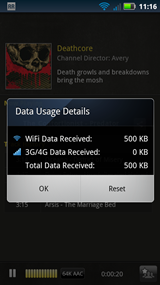 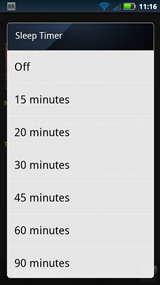 Of course, if you're running a custom ROM, like AOKP for example, you have the option of adding a menu button to the navigation bar. Stock users, however, are out of luck. I've contacted the developer of Rock Radio to let them know about this issue, so hopefully it will get resolved soon.

Fortunately, accessing the settings menu isn't clutch to the apps use, so I can still recommend it in good conscience. I'm sure that the developer will update the app with a fix soon, anyway.

All in all, if you're a fan of rock or metal music, then Rock Radio is, in my opinion, a must-have app. I've been listening to it for the last hour or so, and am quite impressed at the variety of fantastic music provided by the app. Granted, you'll have to listen to the occasional audio ad, but that's a price worth paying for a free app with quality content. 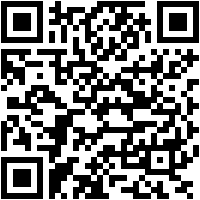