While after a discussion we at Android Police were unable to determine exactly why Evernote couldn't implement the functionality of its newest Android app, Food, into the existing Evernote app, we were able to settle on one thing: people take too many pictures of the things they eat. Evernote Food wants you to do this more, though, and has a veritable cornucopia of tools at your disposal to make you the ultimate delicacy documentarian. 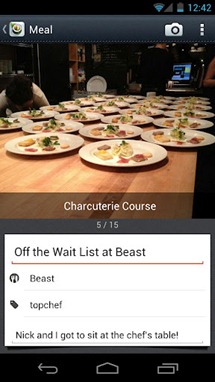 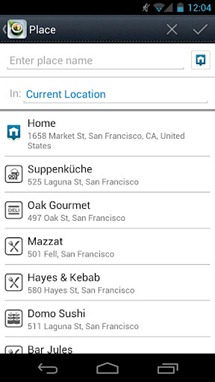 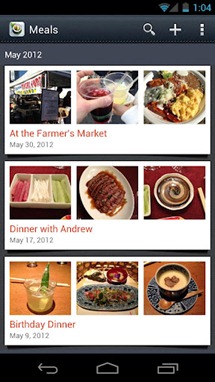 In all seriousness, this does look to be a pretty good app for creating your own visual, step-by-step recipes (you can take photos and caption them as you go), something I can appreciate. Evernote's description also points out that it could be useful for tracking food intake, though there are pretty obviously many more well-tailored apps out there for such things.

More than anything, though, this is an app for documenting, recounting, and sharing your experience at various eateries. It has location services via FourSquare, tagging, and allows you to share your food albums through Facebook, Twitter, and email. So, for those manically obsessed with telling their friends about what restaurant they ate at last night or the "unbelievable latte art at this little café that just opened up," this app is a godsend. All in all, it's well-designed, does have some useful functions, and latte art aside, we're always happy to see something new from the Evernote team.

Splashtop Thinks You're Going To Spend $25 (Or More!) To Pretend Your Android Tablet Runs Windows 8