Version 3.0 of HD Widgets landed in the Play Store this morning, bringing a completely overhauled interface, all new widgets, and far more customizations that ever before along with it. I've been playing with the release candidate for the last couple of days (though I've been using HD Widgets for quite a while), and I have to say: this is the best version of HD Widgets yet.

For starters, all of the standard widgets have been updated with more color options, better customization, new backgrounds, and more overall detail. The preview editor has also been completely revamped, and is far more intuitive and easy to use now. One of the biggest improvements here is that the editor now uses your wallpaper as its background, so you'll know what the widget will look like before you actually apply it. That's a huge improvement, because nothing is more frustrating than building what you think is the perfect widget, only to realize that it looks awful on your current wallpaper. 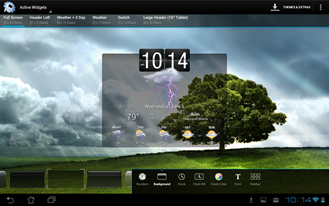 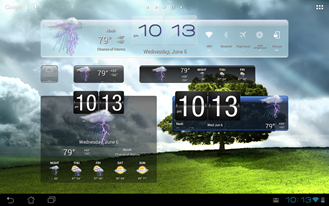 The weather screen has also been completely made-over, and it looks fantastic. The images are super high-res, and the overall layout of the page is much more streamlined than before. It really is a pleasure to look at. It can also use four different weather services: Accuweather, Weather Bug, Weather Underground, and Google Weather, so you can choose the one you find to be the most accurate. 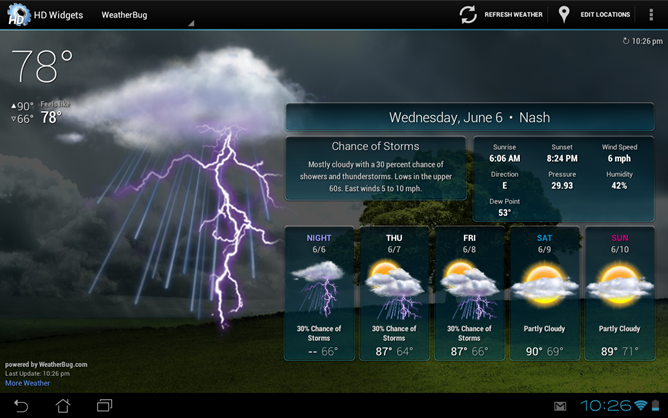 One of my favorite things about HD Widgets 3.0 is the improved switches - you can now completely customize which toggles to include! In my opinion, this was by far the biggest shortcoming in previous versions of HD Widgets, as it only allowed several pre-defined sets of toggles.

This update also allows for custom theme packs, though none are available yet. Two theme packs, Colourform and Photostream, should be available by the end of the month, though.

Since this is such a major overhaul, the dev team behind HD Widgets, Cloud.tv, have labeled this as a "beta" release for the first several days while they work out the kinks. All in all, though, this update is definitely a huge improvement to an already-great set of widgets. To celebrate the release of version 3.0, the price has also been dropped to $99c for the next 48 hours, so there's really no reason not to grab the download and give it a shot.

Foursquare Version 5.0 Hits The Play Store, Gets Rebuilt From The Ground Up