If there's one downside to the proliferation of touchscreen technology, it's the lack of tactile feedback. Tactus is one of many companies that aims to alleviate this problem. This week, at SID 2012, the company demoed a product that offers disappearing physical touch keys. As seen in the demo video here, these buttons can raise on command and disappear when they're not needed. Which sounds like something out of science fiction. 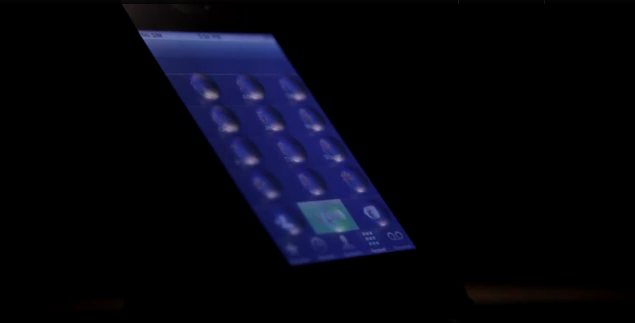 At the moment, the display can only be configured for preset layouts. Meaning, you configure it for a landscape QWERTY layout, that's all you'll get. No gaming controls, no dialer configurations. And heaven help you if you use a keyboard replacement app that rearranges the buttons. Needless to say, it doesn't seem quite ready for primetime as anything but a gimmick yet.

Still, this is the kind of technology we'd like to see some day in our displays. The lack of physical buttons and controls has spurred an entire peripherals market, and it has limited the functionality of certain apps. Once this type of tech becomes more dynamic, allowing software partners to customize the physical layouts, hopefully we'll see this in some fancy new HTC or Samsung phone. Then the revolution can start all over again.

BOSTON, June 5, 2012 /PRNewswire/ -- SID, Display Week 2012 – Tactus Technology (Fremont, CA) today announced the first public demonstration of its patented Tactile Layer™ component, which provides a next-generation haptic user interface with real physical buttons, guidelines, or shapes that rise out of the surface (and recede to invisibility) from any touchscreen.

Tactus was selected by the Society for Information Display (SID) to showcase in the I-Zone at Display Week 2012, a reserved area highlighting the newest and most innovative display technologies. Tactus has also been selected as a top 10 finalist in the Consumer Electronics Association (CEA®) Eureka Park Challenge at CE Week (New York City). Held in partnership with the National Science Foundation and scheduled for the end of June, this event recognizes startups with the most innovative and unique technologies.

The Tactus Tactile Layer panel is the world's first deformable tactile surface that creates dynamic physical buttons that users can actually see and feel in advance of entering data into the device. Tactus uses innovative microfluidic technology to create physical buttons that rise from the touchscreen to give users the experience of operating a physical keyboard. When no longer needed, the buttons recede back into the touchscreen, leaving no trace of their presence.

The Tactile Layer panel is a completely flat, transparent, dynamic surface that adds no extra thickness to the standard touchscreen display since it replaces a layer of the already existing display stack. Tactus enables manufacturers to create devices with entirely new ergonomics and form factors, since the screen and the keyboard can now be combined.

When triggered, the thin layer deforms and buttons or shapes of a specific height, size and firmness appear on the surface of the screen. Users can feel, press down and interact with these physical buttons just like they would use keys on a keyboard. The buttons recede into the surface and become invisible when they are no longer needed.

Showcased on a prototype Google® Android® tablet, this demonstration is the result of a new partnership between Tactus and Touch Revolution (Redwood City, CA), a unit of TPK Holding Co., Ltd. – the largest-volume glass projected capacitive multi-touch screen manufacturer in the world.

A wide array of devices can benefit from a truly tactile user experience, including:

"Touch Revolution is very excited to announce this new partnership with Tactus Technology – their solution is an ideal and revolutionary complement to our own industry-leading touchscreens. We are looking forward to seeing new mobile and consumer devices using our combined technologies in 2013," said Mark Hamblin, Founder & CTO of Touch Revolution.

"SID is the ideal venue for the first public showing of the Tactus Tactile Layer panels – we are especially honored to be one of the few companies to be selected for participation in both the I-Zone and the Eureka Challenge," said Dr. Craig Ciesla, CEO of Tactus Technology.

Google Earth Gets Some Amazing New 3D Maps, Rubs It In Apple's Face Just A Bit

Qualcomm Working On A Chip That Would Support Multiple LTE Bands, Carrier Networks