Today's Google Earth announcement brought a couple of nice new features to the Google Maps suite. In addition to moving offline maps out of Labs, the company also pre-empted rumors of Apple-branded 3D map software with a demo of some stellar 3D maps that Google has been creating with high-tech camera planes. Yes, Google now has camera planes.

The company is using some sophisticated mapping software and planes outfitted with a bevy of camera sensors to create photo-realistic 3D maps of the entire terrain of a metropolitan area. This is in stark contrast to the previous method of simply using 3D building models. The results look phenomenal: 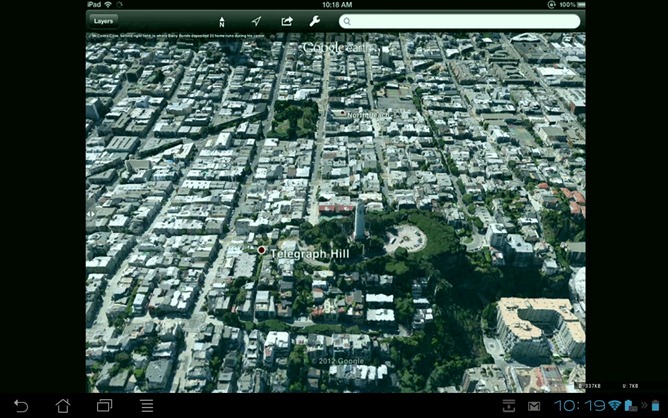 The level of detail is astounding. The cameras Google is using to create these images are very high resolution.  Plus, the maps no longer discriminate which landmarks get the 3D treatment. Houses, small business, trees, and attractions are all part of the 3D models. Which, by the way, are a treat to see behind the scenes: 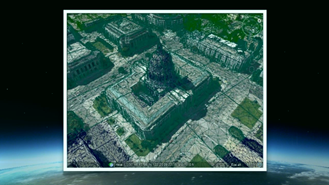 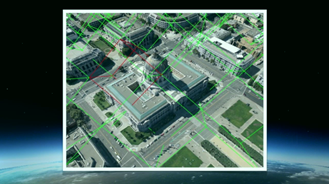 The raw data is actually kind of beautiful and seeing it all come together gives you that feeling that you're in the future all over again. The first two shots above show how the planes track data. A camera points directly downward, while four other camera capture data at 45 degree angles pointing in the four cardinal directions. The second image shows the flight paths of the planes that ensures overlap, giving Google plenty of data. The remaining three images shows what happens when Google puts the 3D model data and the textures together. It's kind of fantastic.

Amusingly, this product was demoed on an iPad (which crashed a few times during the demonstration), so even if Google is completely removed from iOS, the company is making it clear it intends to maintain a solid presence on the platform. Google's not going down without a fight. Several questions directed at Google today concerned Google Maps on iOS and for the most part Google dodged them, which is just further evidence that Apple intends to drop them.

What is clear, however, is that Android will continue to be the favored son and that whatever Apple is planning has, indeed, spurred Google on to work even harder. The 3D maps, as well as offline mapping features will be appearing on Android soon, and iOS "when possible." All in all, it's an exciting day to be a Google Maps and Google Earth user.