After removing the multi-option dialogue that appeared upon pressing a phone number in an email or webpage from its devices, HTC proclaimed it was clear of Apple's patent on data-tapping techniques. Apple seems to think they're wrong - and is now claiming that a core Android functionality (long-press URL action prompting a multi-selection dialogue) is infringing on the patent.

Now, one thing here does need to be cleared up: Apple is not asserting that it owns the concept of "data-tapping," but a specific implementation of the feature, and is claiming HTC infringes on some technical aspects thereof. It seems quite likely what's happened here is that HTC looked at Google's code for these long-press URL actions and used a similar technique with its feature for phone numbers. As you can see, the phone number action is no longer present on the One X, and tapping a number goes straight to the dialer, while long pressing just brings up copy and paste. 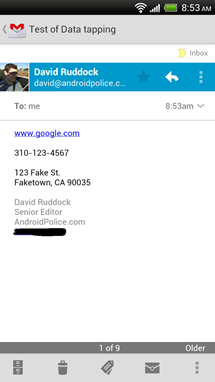 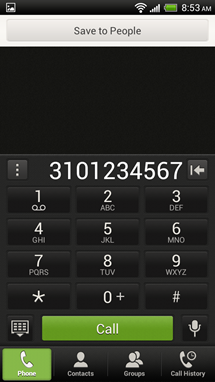 images from HTC One X

However, long-pressing a link brings up the standard Gmail dialogue for that action: 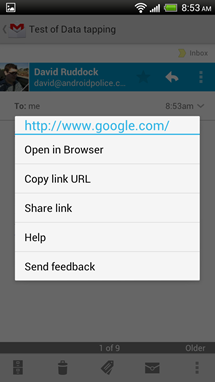 Apple, then, is attacking a more core functionality of Android, and does specifically cite the implementation found in Gmail in its complaint (see below). This is confirmed by the fact that Apple is asserting twenty-nine HTC phones in the US (basically, their entire lineup for the last 2 years) infringe on the patent in question. They even named the Hero in this complaint, so you can see just how far back Apple is claiming Google's data-tapping implementation (and HTC's use of it) has been infringing. 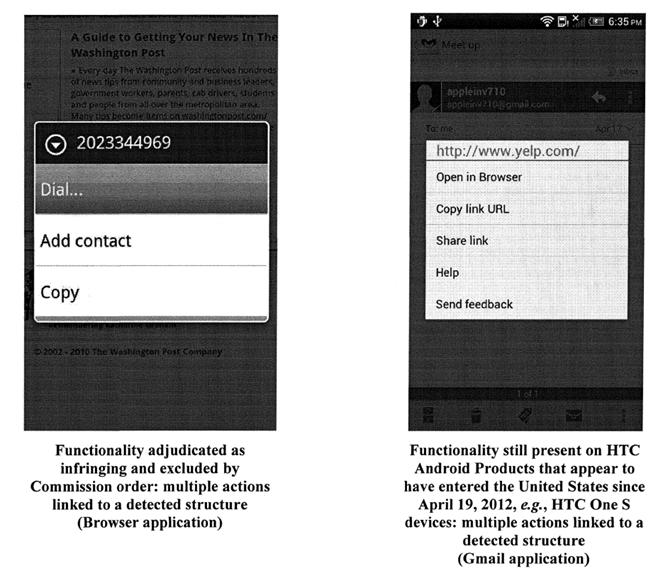 Apple is actively using this patent in litigation against Motorola in Illinois, as well. Motorola attempted to have the patent invalidated, but this effort has seemingly failed thus far.

HTC claims that the implementation found on its phones (read: Google's implementation) does not infringe on Apple's patent, and that will be the issue the ITC will have to look at, as the patent-in-suit is rather technical. If HTC is found to infringe, it could end up back in the situation it found itself for the past month, with its phones stuck in limbo at US Customs until it or Google find a workaround.

That said, now that Google is control of Motorola, it will likely fight hard to have this patent invalidated, and is probably actively working on a way to avoid it entirely already.