Apple and Samsung's ongoing litigation in California federal court has become something of a three-ring circus. Back in December, the presiding judge denied Apple's request for a preliminary injunction against a wide variety of Samsung products. Apple has since filed for more such injunctions on newer products, and the newest is the Galaxy S III. 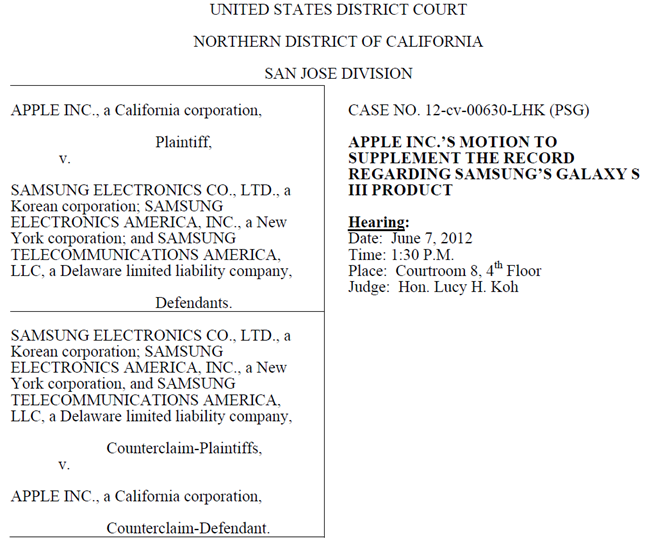 Apple claims the devices infringes the same "data tapping" patent it has accused HTC (again today) and Motorola of infringing - which it is now extending to the core Android long-press action dialogue menu for URLs (eg, links in Gmail, browser, etc). It has also accused the Galaxy S III of violating a "unified search" patent, which in some ways relates to Siri's ability to determine what actions to take and options to provide when a voice command or text search inquiry is received. A number of past Samsung phones have also allegedly infringed the patent (including the Galaxy Nexus), so no, this isn't really about S-Voice so much as Android's native voice command and search systems.

Apple is, of course, sure to stress the urgency of this particular injunction request, given the Galaxy S III's massive number of pre-orders across the globe. The judge in the case has thus far not ceded to Apple's pleas for preliminary injunctive relief.

We'll be following this one closely - though I'm of the opinion that a federal judge will show far more restraint than the ever-keen ITC in stopping huge amounts of commerce over what, frankly, amounts to a market share proxy war over trivial pieces of larger technologies.

Qualcomm Working On A Chip That Would Support Multiple LTE Bands, Carrier Networks