Here in the United States, we've all been witness to an historic "second" this week (as opposed to a first) in the unified launch of the Galaxy S III, untainted by carrier modification, on all four of the major US wireless providers (Verizon, AT&T, Sprint, and T-Mobile).

Now, you'll probably say "but David, the Galaxy S III is the first smartphone to launch as the same model on all four major carriers!" and you'd be right. That's important, no doubt about it. But really, the iPhone has had two, and now three, of the four major carriers, and the addition of T-Mobile isn't exactly a massive achievement - heck, they can't even come to an agreement with Apple to sell the iPhone at all.

But really, it's not the launch itself that's such a landmark achievement - it's the effect it's going to have on people. The Galaxy S III is going to be the second smartphone to do something truly important in the US: gain bona fide product recognition among a broad consumer base.

The state of the Android brand

As a brand, Android isn't particularly iconic in the United States. Sure, a great many people own phones running Android (the majority of smartphone owners, in fact). And yes, a lot of people do associate their phone with that "brand" - Android. But really, the number probably pales in comparison to those who would call their phone a "Samsung," "HTC," or simply a "droid." 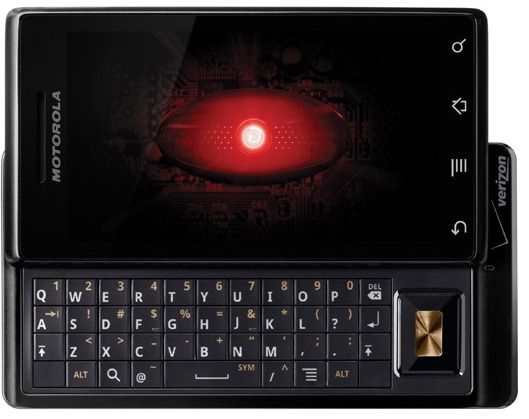 Most people I've broached the topic with casually use the last of the three (droid). Why? Because Verizon's non-stop DROID marketing campaign has seared that word into the public conscious, regardless of whether someone is actually referring to a DROID-branded phone. The original Motorola DROID was far and away the most popular first-generation Android smartphone, and the name stuck to almost every Android phone thereafter with non-tech-savvy consumers. Verizon (sort of) loves this, and so does Google, but we all know it's a bit inaccurate - only certain Android phones are DROIDs.

This has led to what is known in trademark law as "genericide." Verizon has lost control of the DROID mark, and people now use it in conversation casually to refer to almost any phone running Android. While Verizon may attempt to reassert control over the brand, and will almost certainly refuse to acknowledge any such loss of control, we've all seen what's happened here. People have taken to calling a large number of Android phones "droids," and that's about as close to product recognition as Android has ever gotten here in the United States.

The iPhone, on the other hand, had brand recognition from day one. There are a number of reasons it's the most popular smartphone model in the world, and one of them is undoubtedly a clear, focused brand message - aided by the fact that it's the same on every carrier it's available for. Everyone knows that the newest iPhone is the 4S. How many people do you think know the newest Motorola is the RAZR? Or the newest HTC is the One X?

Not a lot by comparison, is my guess.

Samsung has had wide success marketing its Galaxy S phones outside the US under a unified brand. The S and S II were both wildly popular devices - over 50 million in total sold - probably the most popular smartphone models in the world next to their contemporary iPhone counterparts. 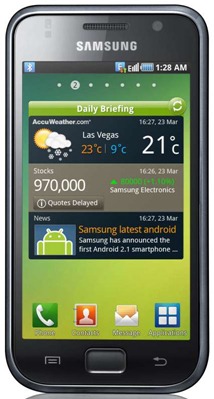 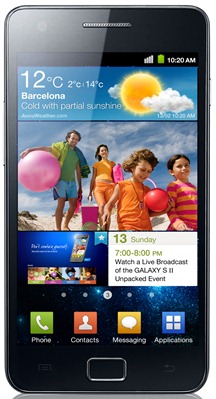 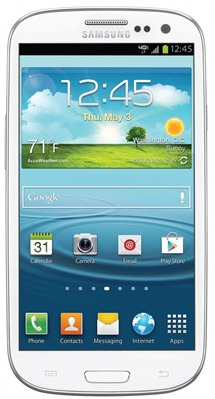 But Samsung wasn't able to make the unified branding dream happen in the US. No, the carriers refused to play ball - the first generation Galaxy S was on each of the "big four," but carried completely different names and looks wherever it went. Brand recognition aside, it made OTA updates a real nightmare.

The Galaxy S II fared an even more disfigured fate. Extra-large versions of the device came to Sprint and T-Mobile, while a relatively normal version went to AT&T. Then AT&T came out with a second version with LTE called the Skyrocket. Then AT&T wanted to make another version called the Skyrocket HD, which was cancelled. Verizon never released a Galaxy S II variant. It was a mess.

This time, Samsung has done what many people thought impossible: get all four carriers to agree to sell the Galaxy S III as the Galaxy S III. Same looks, same hardware, same name. I was shocked when I heard the announcement. Only Apple has managed a similar feat. Now, there'll be caveats - carrier bloatware apps and the carrier logo on the back of the phone - but these are trifling concerns at best. What we have is the first Android phone in the US to be marketed on its own terms.

That's a big deal. It means people won't talk about "droids" or "Samsungs" - they'll talk about the Galaxy S III. That's such a quantum leap forward in terms of how people will think about Android-powered smartphones. Sure, many people may still not understand that they have an "Android" phone, but they will understand that they have the Play Store, and Google apps and services at their disposal. And I can think of nothing better for Android than having a piece of hardware people can rally around here in the US - even if it does have TouchWiz.

Sid Meier's Civilization And Pirates! Heading To Android Thanks To 2K Games/GREE Partnership