Back in February, we heard that HTC might be getting PlayStation Certification on some of its phones. Today at E3, Sony announced that it will be opening up the PlayStation Mobile program, which was previously known as PlayStation Suite, to HTC. This means, among other things, that HTC phones that receive PS Certification will be able to play the host of classic PlayStation games available. Additionally, HTC devices will also have access to the third-party apps and games developed using the SDK. 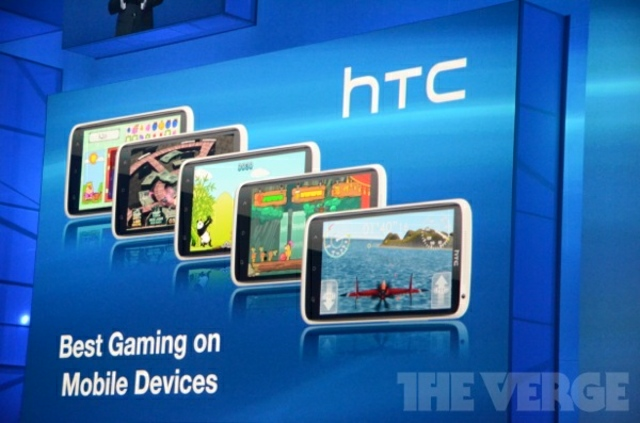 It's hard to say whether this is bigger news for HTC or Sony. On the one hand, having not-quite-but-kind-of exclusive access to PlayStation games gives HTC a competitive edge over Samsung and Motorola and the other Android manufacturers. Which, of course, includes Sony, but clearly Sony's own phones haven't fared nearly as well in the market.

Of course, Sony gets its own set of advantages. Not just because the company will be able to keep milking its classic library of games for a while longer, but by opening the certification program up to third-party manufacturers, and especially one as high profile as HTC, the appeal for developers to make apps and games for PlayStation Mobile will only grow. PS Vita sales haven't exactly been stellar. As of March 2012, the company had only sold 1.8 million Vitas since launch, with sales dropping off rapidly. Even if just the One series of HTC devices were to join the program, Sony could easily more than double the number of compatible devices, which would make the platform even more attractive to developers.

So far it looks like the One series will be the initial inductees into the program. How many other existing phones will be added to the program or if only new devices will be eligible, how long it will take to certify the devices, or any of the other fun bits of info. The only thing we know for certain is that the future is gonna be just that much better than the present.

SCE will further accelerate the expansion of PlayStation Certified devices and continue to collaborate with content developers to drive the delivery of compelling entertainment experiences through PlayStation Mobile.

(*1)   The license program to expand PS Mobile, dedicated for portable hardware manufacturers. SCE will not only license logos but also provide necessary development support. As of June 5, 2012, the line-up of PlayStation™Certified devices include the HTC One series of smartphones, HTC One™ X, HTC One™ S, and HTC One™ V. Content developed with official version of PlayStation®Mobile SDK will be available on those devices later this year, also Xperia™ arc, Xperia™ acro, Xperia™ PLAY, Xperia™ acro HD, Xperia™ S, Xperia™ ion, Xperia™ acro S from Sony Mobile Communications AB, and "Sony Tablet" S and "Sony Tablet" P from Sony Corporation. Model name may vary by region. Sales model may vary by area.. Software Development Kit is a set of development tools and software libraries. Developers are able to obtain this SDK by signing a license agreement with SCE.