HTC has given developers another treat today, in the form of kernel source code for the HTC One S. HTC's Dev Center has the downloads available, categorized by carrier and region. Unfortunately, the US variant on T-Mobile is conspicuously absent from the list. Previously, when HTC released the kernel source for the One X, the AT&T version was similarly missing and remains so to this day. 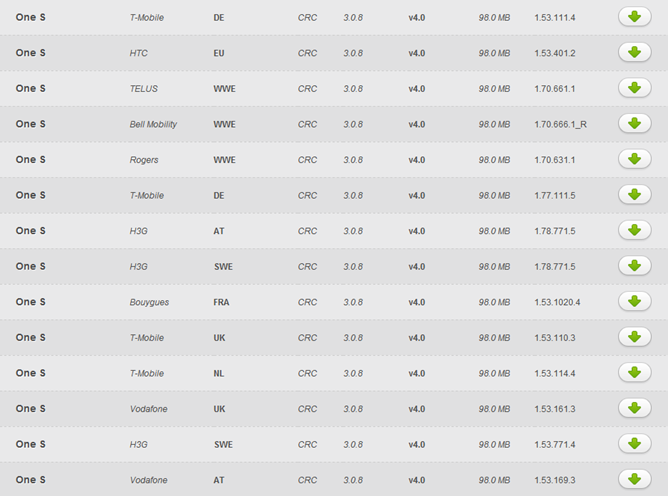 HTC hasn't explained why the US models are being left off the list, though it isn't difficult to imagine that the US carriers are simply more fussy than operators elsewhere in the world. In any case, if you use an HTC One S outside the states, and have need of the source code for your device's kernel, it's buffet time. Head on over to the download center to check it out.

Updated Samsung Galaxy Note 10.1 Spends Some Time In Front Of The Camera, Shows Off Its New Innards

[Update: Another Test, Same Fate] Drop Test Video Shows Exactly Why You Should Never Drop The ...