The news that one of the hottest phones of the year, the 4.8" Samsung Galaxy S III, is coming to five major U.S. carriers only just hit the wire a few minutes ago, and well, well, well, what do we have here?.. Why, it's the Galaxy S III on Verizon Wireless, in its blurry flesh.

Since Samsung didn't send out any carrier-specific device photos and just regurgitated the pictures of the international version we've all seen hundreds of times, we're at the mercy of the carriers to see just how they bastardize (or leave untouched) the outer shell of each variant. We know the physical shape and button layout shouldn't be changing, according to Samsung, but a picture is worth a thousand words, right?

This, according to our tipster, is the Verizon Galaxy S III. I've done my due diligence and arrived at the conclusion that the photos were indeed legitimate even before Samsung pushed the Send button, but now I have not a doubt in my mind.

As you can see, the front of the device does not carry the Verizon logo, which can be instead found on the back side - this should make a lot of folks happy. Notice VZW's signature 4G-LTE logo in the notification area. 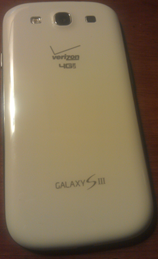 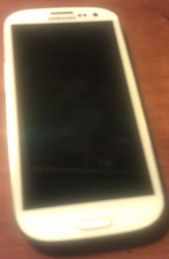 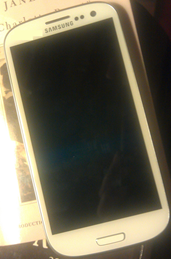 According to Samsung, the U.S. Galaxy S III has a 1.5GHz dual-core Snapdragon S4 chip in place of the quad-core Exynos, but makes up for it by doubling the RAM to 2GB - a pretty worth trade in my opinion. It should be available in June, so start your countdowns, folks, the wait is almost over!

[New App] Instapaper For Android Lands In The Play Store – Save Webpages For Offline Reading In ...