Making it perhaps a little too easy to access Tosh.0's full "online experience," MTV Networks (on behalf of Comedy Central) recently released the official Tosh.0 app to Google's Play Store, adding a suggestion that users ditch their computers, because after all, "opening browser windows is for government workers and exchange students."

The app allows users to immerse themselves in a Tosh-centric world of internet interest, reading posts from the Tosh.0 blog, checking out Tosh's latest caption challenge, and watching videos from all seasons of Tosh.0, including everything from Web Redemptions to Video Breakdowns and more. 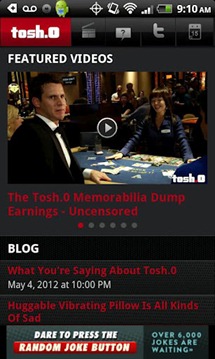 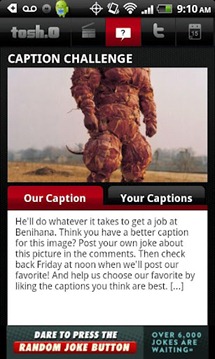 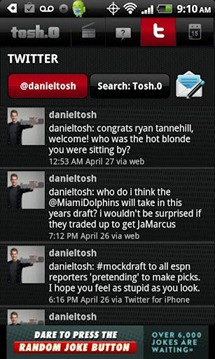 The official Tosh.0 app also allows users to get "exclusive" alerts from the show, quickly share Tosh.0 videos on Facebook, and keep a sharp eye on Daniel Tosh's Twitter feed.

If you've been waiting for an app that will give you full access to absolutely everything Tosh.0, you're in luck. Those who are less than interested in the idea of abandoning their computers in favor of an all-Tosh-all-the-time app need not apply. Hit the widget below to give the app a try.

[Weekend Poll] Is A Carrier Move To Data-Only Service A Win Or Loss For Consumers?