The internet is positively buzzing with news of a supposed leak of the T-Mobile Galaxy S III in both white and the still elusive pebble blue variety. Many sites seem convinced these are the real deal, and as much as I'd like to believe that, there are some issues that leave me feeling skeptical. 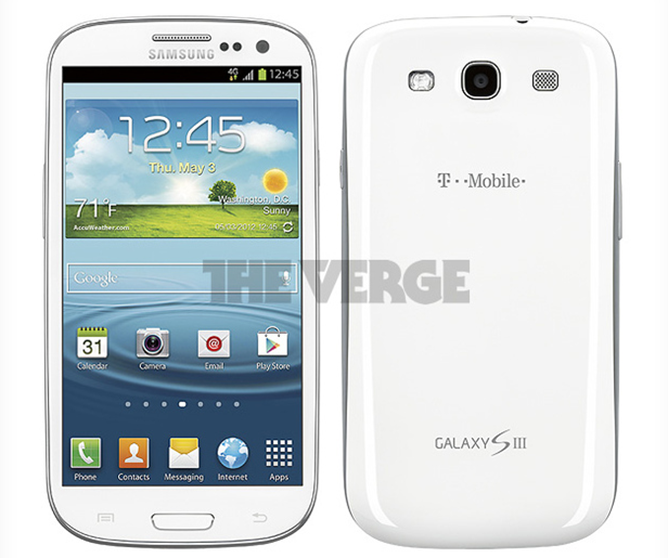 For all the past Samsung Galaxy phones, the US variants have moved to the more common row of four capacitive buttons. These leaked images show the devices with the European-style arrangement of capacitive menu and back buttons, along with a physical home button. Even the shape of the device is totally unchanged. It's not impossible Samsung would go this route, but it would be a radical departure to not modify the Galaxy S III for the US market.

Perhaps more concerning is the fact that the only hint of T-Mobile branding is the label on the back of the device, which is easy to fake. The icons on the screen are completely without branding. Carriers are very fond of using that space in press shots to make the phone their own. T-Mobile voicemail, T-Mobile video, T-Mobile security, preinstalled games - all these make frequent appearances in press shots, but not here. Take a look at the press shot for the Galaxy S II and you can easily tell it is a T-Mobile phone. 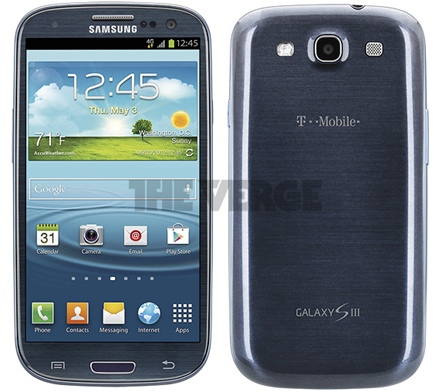 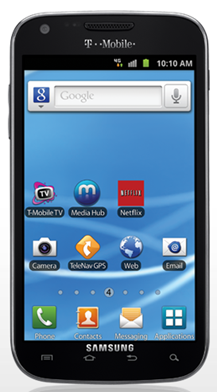 This might still be real, and Samsung is through making a multitude of changes at the behest of carriers, but I'm going to need more to accept that as truth.