Finally, after a bajillion years of waiting, the first Android tablet is finally getting its very own update to Android 4.0, finally. Finally. As some of you may recall, the WiFi model received an ICS update months ago, but the 3G/4G version, which has been plagued with problems since launch, including lack of advertised flash support and an actual 4G modem, is only just now set to get the OTA update. 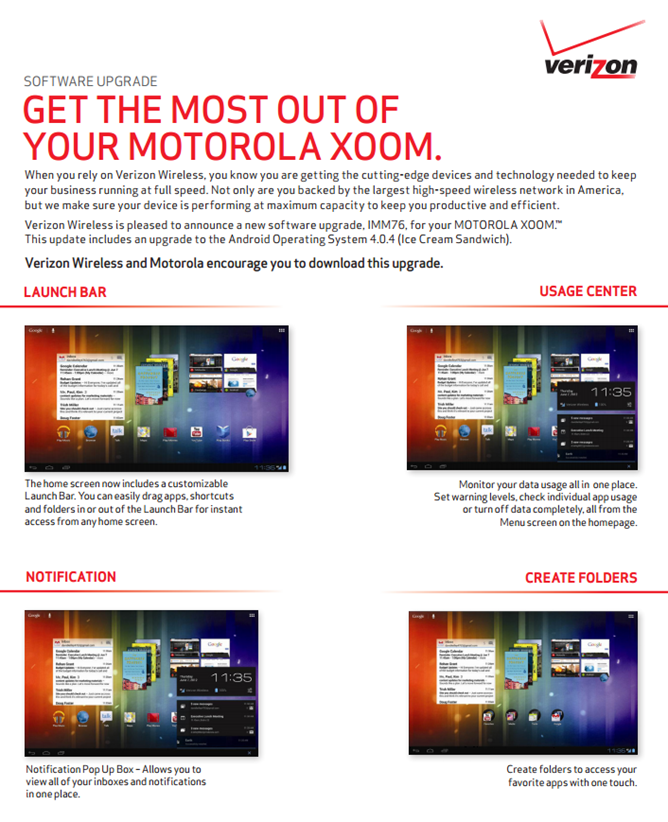 The update, thankfully, will be to version 4.0.4, so none of this lagging a few point releases behind. The update should be rolling out "soon", so if it follows Verizon's usual rollouts for the device, Xoom LTE owners should expect to see it anywhere between now and a week or so from now. Let us know in the comments if your device is receiving the update.

All three of you.

Verizon has officially announced the update, and the software should be rolling out June 4th. Among the features, Verizon is touting the improved speech-to-text software, swiping to dismiss notifications, and the built-in photo editor. None of them particularly new, but still, glad to finally see them arrive.