Google announced today that it will be holding a special event on Wednesday, June 6th, regarding the future of Google Maps. Anyone who knows Google knows that these products are huge for the company, ranking right up there with Gmail and Android. More importantly, however, Google Maps is very important to Google's largest competitor: Apple. Which is why, when Google announces an event for one of its last major strongholds on iOS mere days before Apple's WWDC, we take notice. 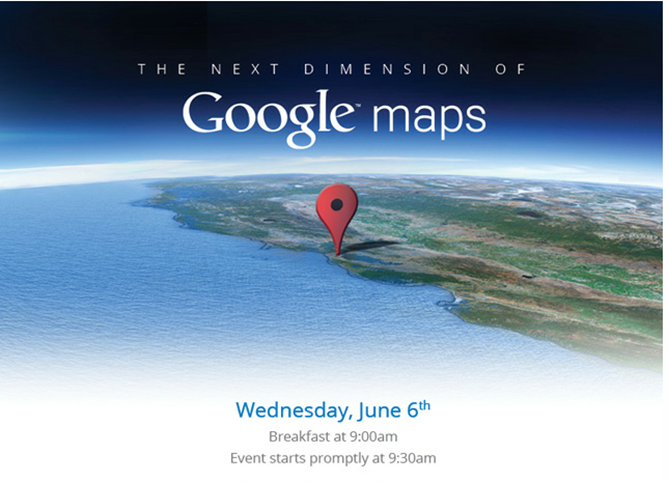 How Did It Come To This?

It's not hyperbole to call Google Maps a stronghold on iOS, either. Those of you with decent long-term memories will recall that Google Maps was on the original iPhone. This is a huge deal because the original iPhone did not sanction third-party apps. The App Store didn't even arrive until the second iPhone came out. Despite Apple and Google's stressful relationship, Google has been one of Apple's closest collaborators on multiple core iPhone apps since day one (the other big one being YouTube, which Apple similarly can't ignore).

Apple's not pleased with this, though. Apple may need Google to some extent, but the company sure doesn't like Google. The Cupertino company has been working to set itself free from Google's influence for years. Starting with the purchase of Placebase back in 2009, then Poly9 in 2010, and finally C3 Technologies in 2011. Not to mention migrating towards using data from OpenStreetMaps instead of Google's data it had been using all along.

Something has been brewing for a while in Apple's headquarters. What all it entails, we can't be sure, but when Apple got caught in some hot water for tracking users' GPS location data, the company said it was doing so to "build a crowd-sourced traffic database" so it could create "an improved traffic service in the next couple of years." That was in April 2011. It wouldn't be unreasonable to assume a turn-by-turn Navigation competitor could be in the works. More reliably, reports have been coming in that Apple is planning a 3D mapping tool. The new Maps additions are said to be a tent-pole feature of iOS 6, so it wouldn't surprise us if Apple had more up its sleeve when it takes the stage at WWDC.

What Does This Mean For Google?

When Google headlines its event invitation with "The Next Dimension Of Google Maps," it's difficult for us to not think that the company will be introducing a preemptive competitor to Apple's rumored 3D maps. Of course, Google Maps/Earth already do 3D maps on the desktop. And Android does texture-less 3D maps in the Google Maps app, so aside from adding textures to the Android version, it's hard to speculate what Google could be planning. Perhaps the company will merge Google Maps and Google Earth since I can't, for the life of me, understand why these two have been separate products for so long to begin with. 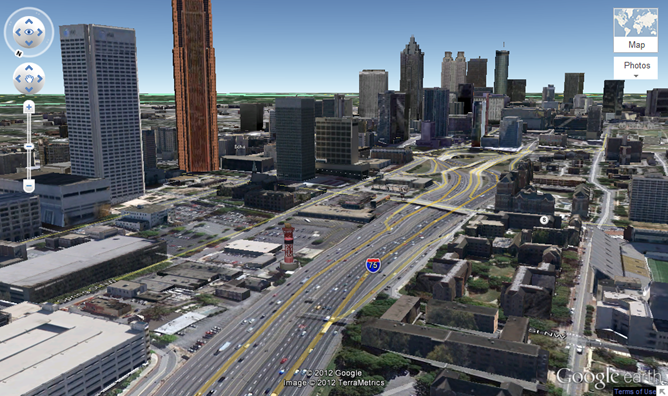 So, maybe this, but on a phone?

More broadly, however, if Apple decides to cut Google out of its mapping solutions entirely, it will be a huge deal for Google. There are over 300 million iOS devices out there. While Android and iOS have a roughly equal number of users, all devices included, Google has a Maps presence on both platforms. Android has always been the favored son, but 300 million people using your map service is still 300 million people using your map service. Google will not take kindly to be cutting out of the second biggest mobile platform.

Google Maps is already a huge suite of software. Places, Navigation, Street View, and a number of other location-based services are all rolled into one immense package. It's hard to overstate just how much Google Maps does or how important it is to Google. And this has all been accomplished without having to put up much of a fight for dominance. I get tingly thinking about what Google will do when it has a fire lit under it.

No matter what Google is planning, however, you can bet that the company is ready to fight Apple over it. Both the timing and the existence of this Maps event is notable. When Google announced Navigation, which was arguably the biggest feature they've added to Maps since maps, even that product didn't get its own event. It was bundled into the announcement of the original Droid.

This announcement, however, is taking place mere days before Apple has the chance to excise what it perceives as a Google Maps tumor from iOS. In fact, the timing of the event almost makes one even more confident that this exactly what Apple means to do. Moreover, whatever Google is announcing, the company doesn't feel it can wait the few weeks it would take to share it at Google I/O, when all eyes will be on the company anyway. If the timing of this event isn't specifically targeting Apple, then Google is one of the most unorganized and oblivious tech organizations out there. As much as many Apple fans would like to believe that's the case, it's not.

Either way, the fanboy wars are about to heat up again. Google and Apple's spats have been relatively chill lately, and, at least in the area of mapping services, that ceasefire looks like it's about to end.