Facebook's Android team pushed out an incremental update v1.9.4 today with "improved performance and various bug fixes." Just what those improvements and bug fixes are will remain a mystery - the only useful part of such changelogs is we know what they didn't do in this release.

So, what did those who updated think of increased performance? 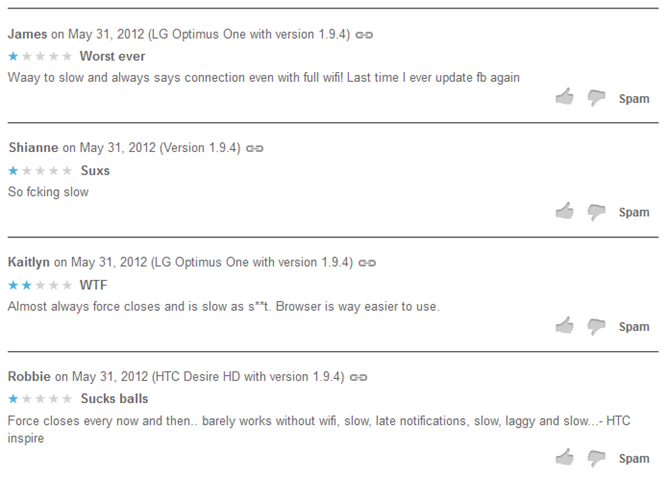 Business as usual then - got it.

Facebook on my Epic Touch has never seemed particularly slow UI-wise, but pulling data takes uncomfortably long even on Wi-Fi. If the Facebook app ever got to Spotify's level of fast, I'm sure its rating would start quickly rising from the measly 3.6. Maybe that will happen someday, once the engineering team prioritizes it over adding and removing various shortcuts and buying mansions.

Whatever You Do, Don't Use Your HTC One X As A Hammer Like This Guy Did