If you own a Tegra 3 device, then there's a good chance that games had at least something to do with your purchase decision. For good reason, too: the Tegra 3 is one of the most powerful mobile processors on the planet, and its 12-core GPU can push out some of the best gaming content that we've ever seen on a mobile device.

As a result, we're all looking for console-like quality from our tablets - and we already have a few titles, such as Shadowgun and Dark Meadow, that fit the bill. Enter the newest game to hit the Tegra Zone and bring high-quality graphics and gameplay to the mobile scene: Renaissance Blood THD.

Based in the renaissance period, Renaissance Blood is a rail shooter designed specifically for the Tegra 3 chipset that puts you on a mission to find the final blueprint left behind by Leonardo Da Vinci for the "Da Vinci Machine." There's only one problem: it's scattered all over the place. In pieces. Finding it should be no big deal, right? You think so, before realizing a crazed alchemist is out to kill you with his army of mercenaries - some of which are undead. The plot thickens.

Enough about the storyline, though; let's talk about the game itself. First off, this game is built on the Unreal 3 Mobile Engine, so it features graphically detailed, immersive environments, and dynamic textures in a realistic world. 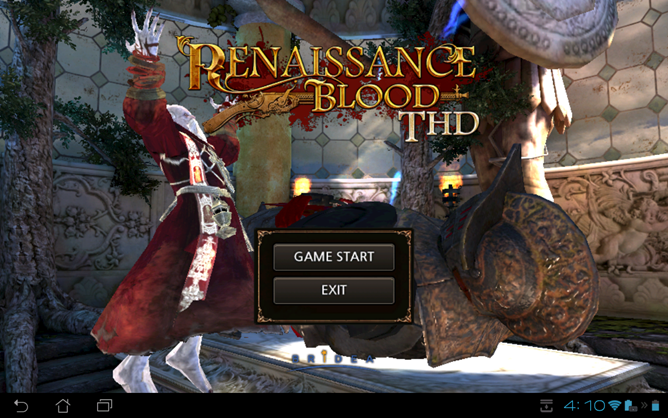 This game doesn't pussyfoot around; you're dropped directly into the action right after hitting the "start game" button. You begin with three weapons: a gun, crossbow, and a mace. Naturally, each weapon has its own benefit; the gun, for example, fires very quickly and has almost zero reload time. However, you are limited by the number of bullets you can carry (max of 300, and they don't last long) - once those are gone, the gun is useless until you find more. Then there's the crossbow, another ranged weapon. This one is much, much slower than the gun, but it has infinite ammo so you can use it as much as you like. The mace, of course, is used for close-ranged combat. If you can't take your foes out from a distance, a quick tap on the "hammer" button will whip out the mace and strike them dead double-quick. 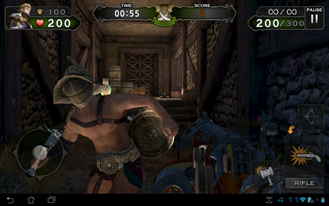 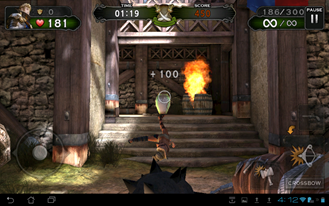 The attack control setup is pretty nice - you can easily switch between the shotgun and crossbow with a single tap, and the mace has a separate button, giving you access to two weapons at all times (gun/mace or crossbow/mace). Since RenBlood is a rail shooter, the overall movement is very intuitive and easy to use: there's a virtual D-pad on the left side of the screen that you can use to look around and aim. That's pretty much it. 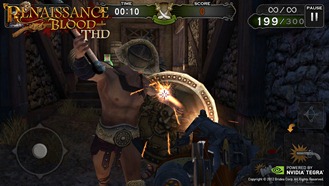 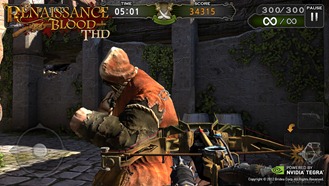 A helmet and no shirt. Makes sense.

Another fantastic thing to note about this game is that it features full controller support, so you use any USB controller, which really adds to the console-like experience. I did find, however, that I had to adjust the sensitivity of the controller in the settings menu for more accurate aiming. 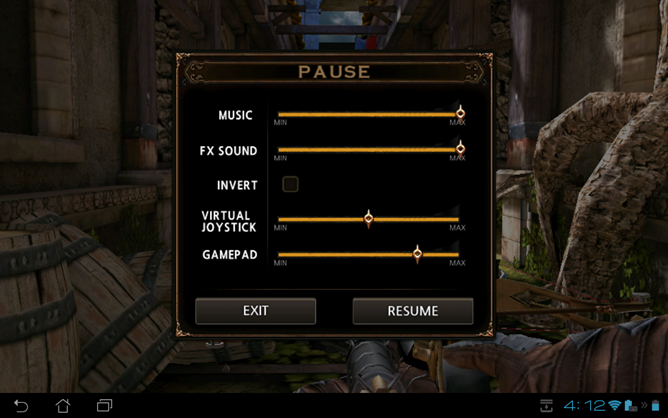 I found the overall gameplay to be fun and inviting. Once you figure out exactly how the controls work, this game becomes quite addictive. The storyline is deep enough that it gives you a purpose for your actions, but it's not so overbearing that you spend half of the time watching cutscenes or executing mundane tasks and the other half actually playing the game. However, one thing that really bothers me about this game is that, like most rail shooters, if you die, you have start over from the beginning of the level all over again. I found this out the hard way after reaching the first boss of the game (a giant gun-wielding giganto-knight named Jaque) and meeting my untimely demise (don't worry, I got my revenge).

Ultimately, I have no issues recommending this game, especially to those who like rail shooters. It's fun, the environments are dynamic, and overall gameplay is immersive. You really can't go wrong with Renaissance Blood, and for a mere $4 in the Play Store, this game is a steal. 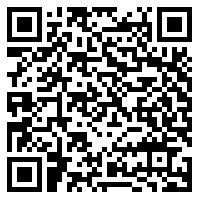