If Toyota made a phone, it would be the Huawei Ascend P1. I don't mean that as an insult. It's an objective assessment of what the P1 is; namely, the Camry V6 of smartphones. It's not entry level - it's actually fairly beefy - but it's no cutting-edge speed-demon, either. It caters to the sense of pragmatism, rather than the lustful desires, of those who would buy it, all at a class-leading value.

If, for example, you were to line up a Galaxy Nexus, HTC One S, and a Huawei Ascend P1 (let's take network compatibility and the $400 GSM Nexus in the US aside, here), and force someone to buy one for its unlocked retail MSRP, I imagine almost everyone concerned with value would choose the Huawei. It makes the most sense. It'll be the cheapest, it's just as speedy as the Nexus, has a camera that can at times match the One S, yields very good battery life, and it comes in white. It's like Huawei sat down and had a meeting and asked "How can we make a phone as good or better than every other phone in its class, but at a lower price?" They probably did have that meeting, actually. It was probably at 4:00 on a Thursday, and I bet nobody wanted to go.

My big hypothesis here all depends on one crucial variable: price. We don't know how much the P1 costs for certain. The semi-official estimate stands at about $500US, so you can expect 400-500 Euros and perhaps 300-400GBP, though the latter two are guesses. Until we know for sure, the verdict on this phone really does hang in the balance. 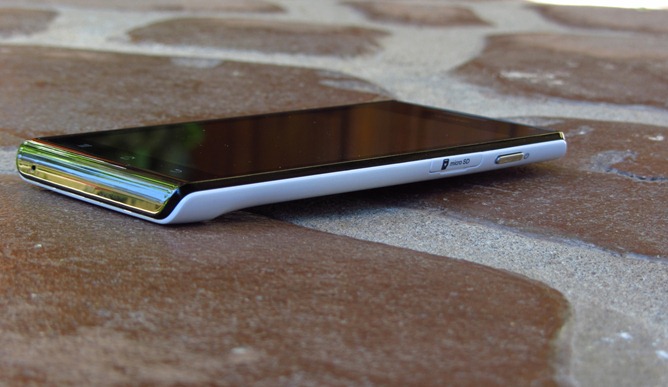 Let's start with the good in this area: the P1 is a master-class in hand ergonomics. I have never held a phone with a 4.3" display that is so light, has such expansive thumb reach, and is so comfortable in the palm. The placement of the power button on the right side of the device makes it a truly one-handed affair to operate. A mass of 110 grams (the DROID RAZR weighs in at 127) makes the P1 the featherweight champion of the high-end smartphone arena, and by a wide margin. The next closest handset you'll find is the Galaxy S II, at 116 grams. Talk all you want of a desire for "heft" - the word loses all meaning when you pick up the P1 and feel the ease with which it is manipulated. 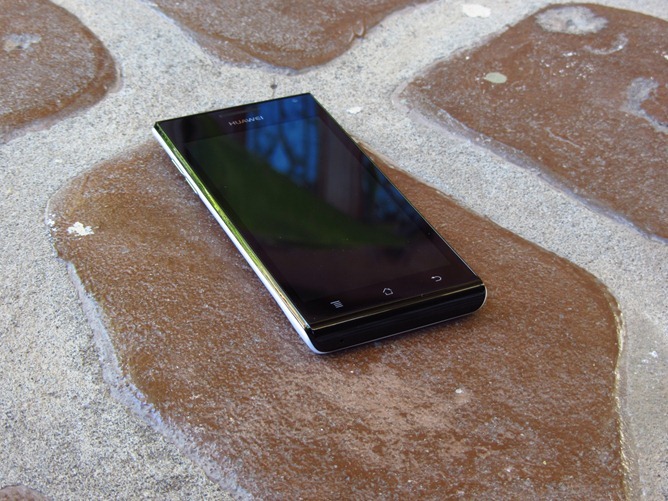 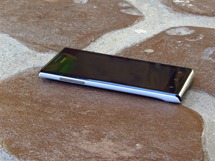 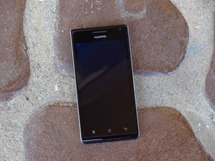 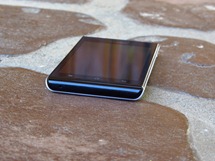 From here, though, it's downhill. That well-placed power button sits loosely in its slot and rattles relentlessly, like the door handle of some malaise-era Chrysler. The volume control isn't much better.

The SIM and microSD port covers hang by rubber hinges reminiscent of a cheap Wal-Mart ice chest. Would it have been that much harder to build the plastic chassis around these ports? Any feeling of continuity provided by the color-matched covers is lost with the conspicuous labels adorning them. Perhaps in China such obvious feature-marking is still fashionable, but compared to the sleek and tidily marked One X chassis, the P1 looks like something out of the AutoZone decal catalog. 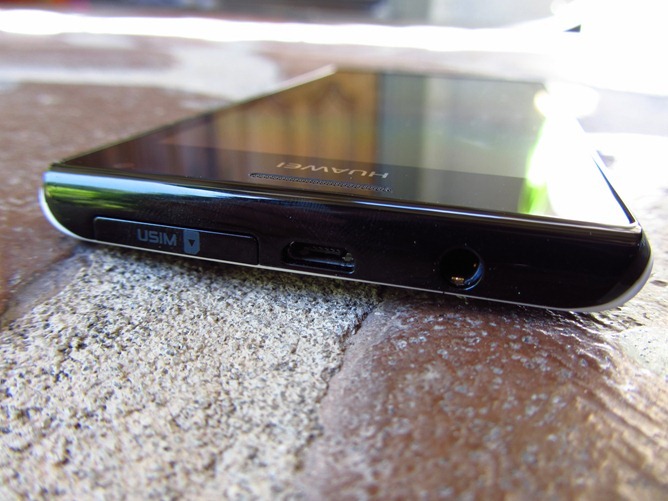 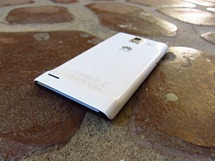 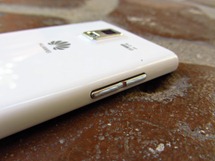 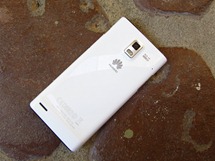 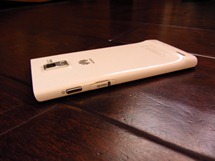 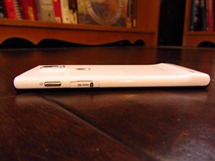 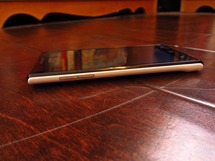 Moving on to the shape and design of the phone generally, things don't get any better. The P1 may be the most boring-looking phone to ever run Android 4.0. And the giant CE certification number on the back makes that obvious: something needed to go there, lest the whole phone like one big, amorphous blob. It's not that it's ugly, but more that it just seems sort of uninspired.

It's a bit like Kirkland-brand... anything. There's nothing wrong with it, and it's good value for money, but you don't go flaunting it to the neighbors. It's generic. In fact, it's so dull that it was actually a challenge to get shots of this phone that show off what little shape it has - it seems no angle can make the P1 look good.

The Ascend P1 packs the same basic chipset as the Galaxy Nexus - TI's OMAP 4460. The primary difference is that the P1's dual-core processor has been clocked up to the "fully monty" at 1.5GHz, while the Nexus sits at 1.2GHz. The result? The P1 feels snappier - and quite snappy it is. It zooms through Android with a grace and quickness rivaled only by phones like the One X and Galaxy S III. While its frame rate may not be quite as buttery, the P1 is just as fast as (if not faster than) those two flagship powerhouses with basic tasks like switching between apps and working in Gmail. It's quite impressive, really, and goes to show just how speedy stock Android can be.

Its PowerVR SGX540 GPU is sufficient for most modern Android games, but know you'll be sitting at the low end of the curve in regard to hardware in less than a year's time, no doubt. 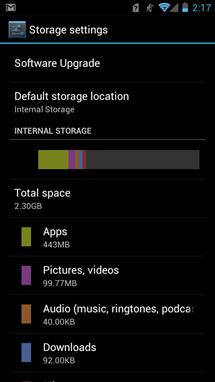 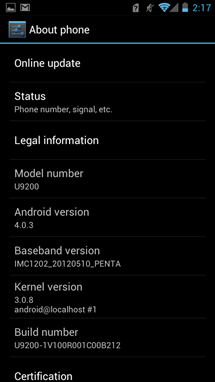 Storage space is a decidedly trim 2.3GB before the addition of a microSD card, something most buyers will likely be keen to augment their capacity with straight out of the box.

Calls on the Ascend P1 were just as crisp and audible as those on my One X (which is to say, very good), and voice seemed to transmit well enough. Huawei claims they've made a lot of optimizations to make the Ascend P1 the best calling experience possible, but mobile network voice is mobile network voice - it has never sounded great. In terms of network performance, a run-of-the-mill 21Mbps HSPA+ modem can deliver most of what AT&T's backhauled 3G HSPA+ or T-Mobile's 4G can offer without much trouble. The radio is pentaband, so full 3G HSPA+ support is available for both networks, and guarantees near-universal compatibility abroad.

The notification light is quite visible, despite sitting inside the speaker grille. The intensity of haptic vibrations borders on the annoying - the P1 is so "hollow" feeling that the vibrations are almost too intense and audible, like a cheap Nokia flip phone of days past.

If the P1 had been released a year ago, its display would have been decidedly above average when compared to most of its rivals. Today, it's something of an underperformer in the high-end "pack," offering an experience fairly similar to the DROID RAZR and One S. The SAMOLED panel, combined with a PenTile subpixel rendering scheme, gives off the characteristic overly "hot" reds and yellow gamma-shift seemingly endemic in the technology. And yes, the same jagged edges you'll find on any qHD PenTile phone are present. 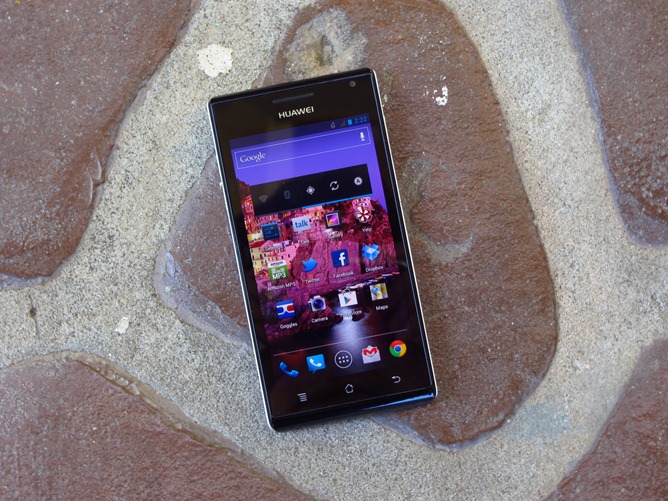 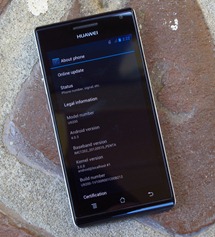 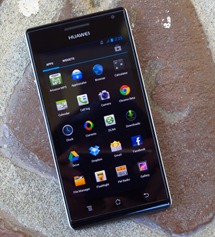 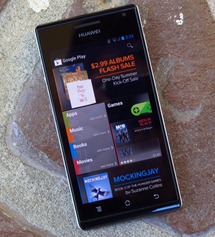 Viewing angles, like most SAMOLED panels, are very good - with little brightness lost even at extreme arcs. The display is not a particularly good performer in sunlight, but it's adequate for the task. That said, outside IPS panels (found in few phones) and ultra-bright LCDs like those in some Motorola hansets, not many devices can boast the brightness required to be exceptional in this arena.

It's good. Most users will find it easy enough to achieve a day of moderate to heavy usage - I had juice left through the late evening of each day before having to reach for the charger. Huawei claims they've implemented some battery saving features of their own with the P1 and P1 S, as well. That said, its comparatively small display and 2G/3G GSM radio get it off on the right foot to start with. TI's OMAP 4460 chip isn't exactly notorious for sucking down the juice, either. The P1 also seems to rather aggressively sleep, even when in "normal" battery mode, so that might be part of Huawei's optimizations.

The battery life isn't game-changing, but like most things about the P1, it's adequate for a phone of its price point and specifications. It does make me a bit nervous about how the P1 S will fare in this arena, though, given its smaller battery pack.

And no, you can't remove it.

It's Android 4.0 with a lockscreen and a weather widget. Seriously - that's about the limit of Huawei's alterations to the operating system, aside from a few non-removable apps, such as Security Guard and Music+. The former is actually useful - it has data encryption, whitelisting/blacklisting functions, password management, as well as the ability to password protect call logs and SMS messages from specific numbers. It's all kind of sketchy, but at the same time, the security-obsessed may appreciate such features.

Don't get too excited, though - Huawei is working on a custom UI of its own that will be unveiled this June. 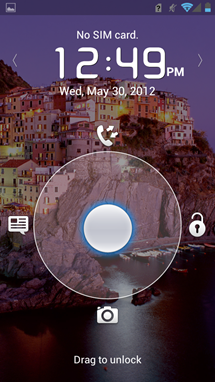 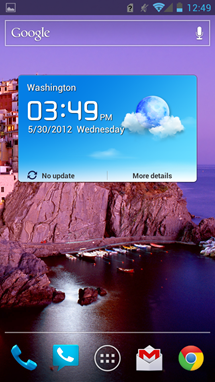 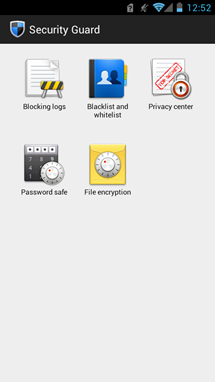 Buyers in China will get access to Huawei's suite of cloud services and its Chinese app store, as well - because those devices will ship without Google services onboard.

The camera on the P1 is one of the best on any Android smartphone - when conditions are ideal. Macro shots are amazing, and with good, bright sunlight, the P1 will stand up to (if not beat) phones like the One X in terms of sheer quality and detail. The BSI sensor seems to have really helped Huawei brings its A-game with the P1's rear shooter. 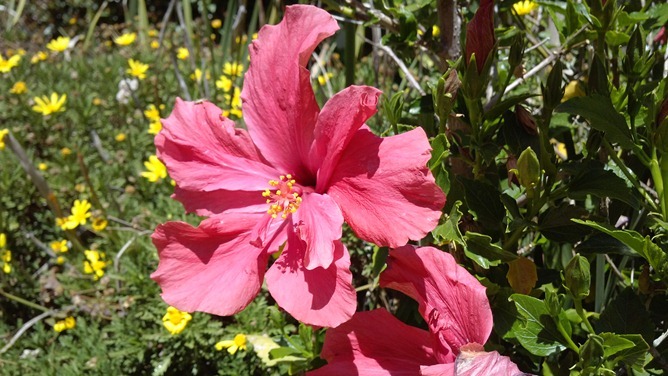 Low light performance, though, isn't exactly great. The P1's sensor isn't particularly good at working out how to expose a scene with varying light levels, and the HDR mode really doesn't seem to help. The first photo is without HDR, the second with HDR: 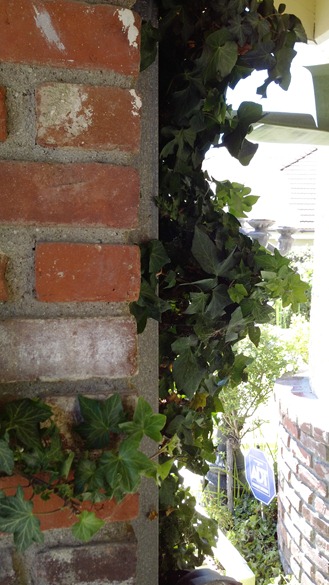 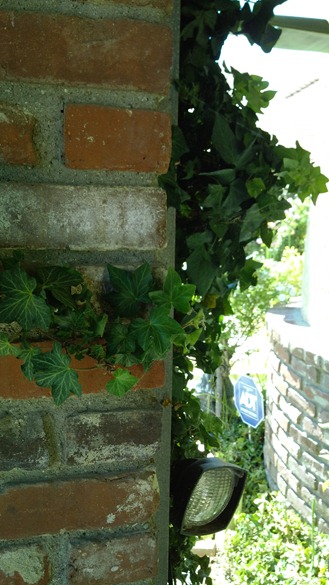 As you can see, the HDR turned everything... green. It also did little to reduce the severity of the sun's backlighting on the right-hand side of the image. Software HDR on smartphones has never really been great, and it seems we still have a ways to go before it's useful outside of highly controlled and calibrated scenarios. Indoors, the P1's sensor loses some of the vibrancy and vitality of the outdoor shots above, though it does maintain great clarity and sharpness (the reds here are dull compared to their actual hue, as is the brown wood of the bookshelf): 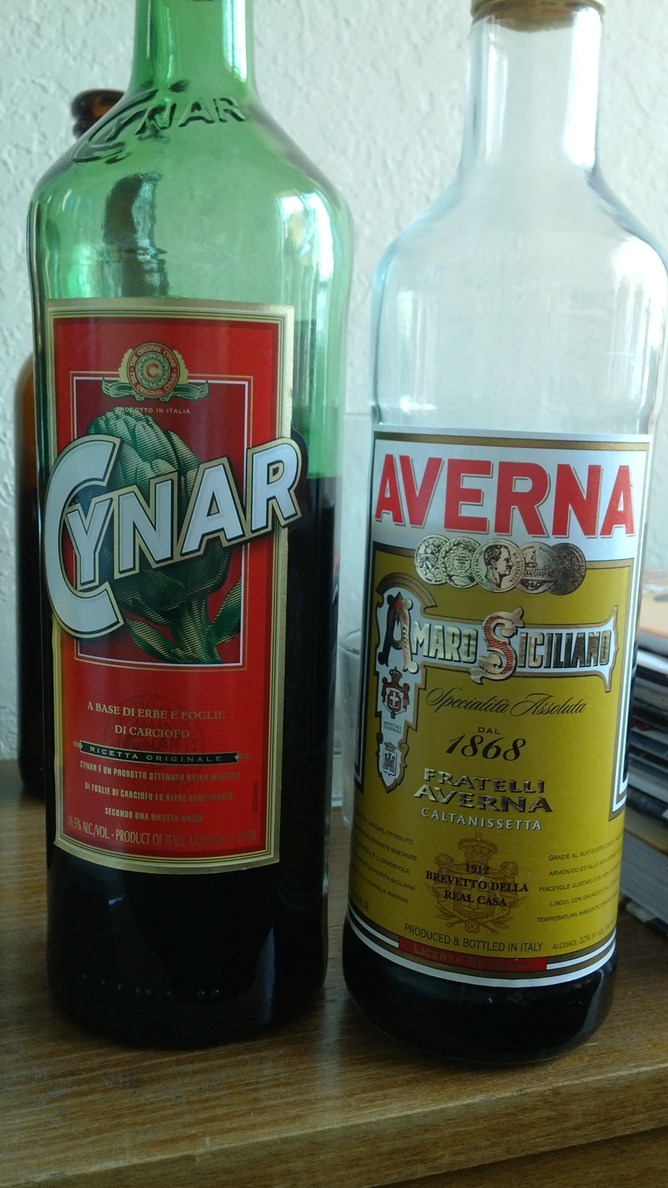 The speed of the P1's camera isn't fantastic, either - 1-2 seconds per shot, depending on what you're shooting. With the Galaxy Nexus, One X, and GSIII, we've come to expect phone cameras to be exceptionally quick when capturing images, and that's one standard the P1 can't live up to.

The big problem with the P1 in terms of the "bigger picture" is this: in markets with phones like the HTC One S, ever-cheapening Samsung Galaxy Nexuses, and increasingly competitive mid-range handsets from the likes of Sony and LG, the Ascend P1 feels like a phone for a place that doesn't exist. At least in the western world. And if you're waiting for a true Huawei flagship device, the upcoming Ascend D Quad should blow the P1 out of the water.

In China and other parts of Southeast Asia, though, where this phone will be pushed heavily, and where iconic devices like the Galaxy S series and iPhone can still command gray-market premiums, it will likely be much more of a contender. Its price is reasonable, its specifications respectable, and its pedigree increasingly well-known in that corner of the world. And it will probably do well enough - the P1 is a very satisfactory phone, even if it isn't a particularly exciting one.

And really, it's good that a phone like the P1 doesn't leave me "wowed." A year ago - even 6 months ago - it probably would have. But that goes to show just how how much better Android phones have become in such a short period of time. It's quite amazing, actually.

The P1 is a perfectly adequate device. It exhibits a few flaws, but none of them are exactly what I'd call damning. It really is the Camry of smartphones: it does almost everything well, but little spectacularly. 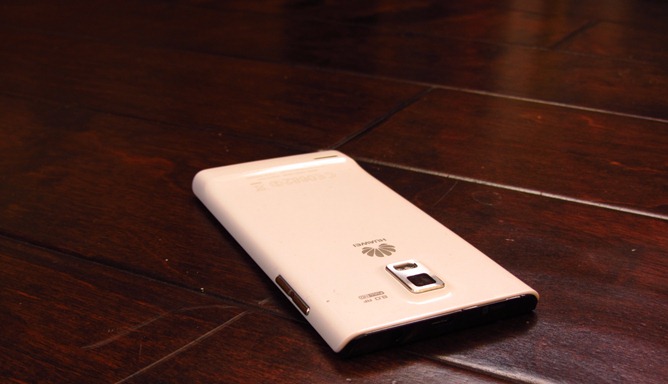