When using a tablet for things like playing games, browsing the web, or other general activities, I really like using a stylus. While I have several different styli, there is one thing that consistently bothers me about all of them: the tip size is just too big. I understand that it's made to emulate a fingertip, but I think a smaller tip would lead to more precision, especially when browsing sites that aren't necessarily touch-optimized, or for things like natural-writing, as well as any sort of digital art. Enter the Hand Stylus, a new Kickstarter project that aims to address those very concerns.

So what makes the Hand Stylus unique? Quite a bit, actually.

Shortly after first hearing about the Hand Stylus, I was given an opportunity to check out a couple of prototypes. I've spent the last week and a half using them and wanted to share my thoughts with you all. 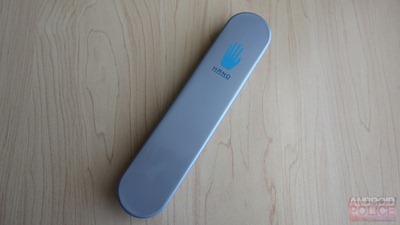 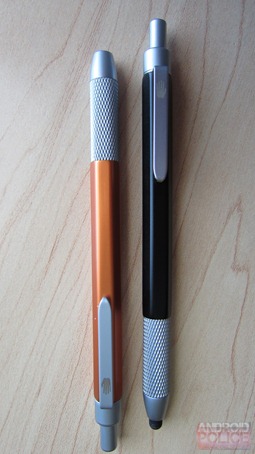 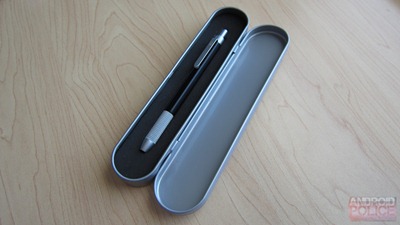 At first glance, you can tell that the designer of the Hand Stylus, Steve King, really takes pride in his work. It comes packaged in a custom metal tin, and the stylus itself is surrounded by a form-fit padding. Overkill? Maybe, but there's something to be said for a product that is as meticulously packaged as it is designed.

Once out of the package, the Hand Stylus feels really well-made. It's got a nice weight to it, but it's not overly-hefty. Since I'm using prototype builds, Mr. King sent a note along with the styli to let me know that the tip might not always retract or rotate perfectly because "the internal components are not yet optimized." As a result, one of the units I have doesn't rotate, but I haven't had a problem with the retracting mechanism at all in either; in fact, it feels very solid. 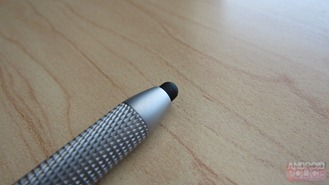 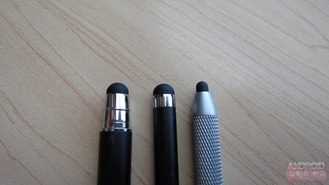 As promised, this tip is about half the size of my other styli - but this is also where the first problem comes into play, at least on some tablets. You see, depending on how sensitive the display of the tablet is, it may or may not even detect that the display is being touched with the stylus with a fair bit of pressure. And by "fair bit," I really mean an "uncomfortable level."

To display what I'm talking about, I fired up PaintApp HD on a few different tablets and just took the stylus to it. You'll clearly be able to see here that it simply doesn't work well on some tablets:

With that said, I don't blame the stylus entirely - part of the issue is definitely caused by the device's touchscreen. However, my other styli seem to work better on the same displays. Therefore, I think the problem is a stylus+display issue.

The A510 received a software update a few weeks ago that drastically decreased the touch sensitivity of the screen. This isn't immediately noticeable with your finger, but it is hard to deny with a stylus. The Hand Stylus was almost unusable on the A510 without an incredible amount of pressure, and other styli weren't much different. The stylus was much more usable on the Transformer Prime, but the experience still left a lot to be desired.

Then, I tried it on the TF300, and immediately knew that this was the experience that the designer had in mind. The stylus works unbelievably well on this tablet - the display accurately responds to the slightest touch. It's absolutely fantastic.

Given the fact that this was designed with the iPad in mind, it doesn't surprise me that the experience isn't ideal with certain Android tablets. We have to be honest here - not all touch displays are created equal. Clearly, the iPad's display is much more touch sensitive than some Android offerings. 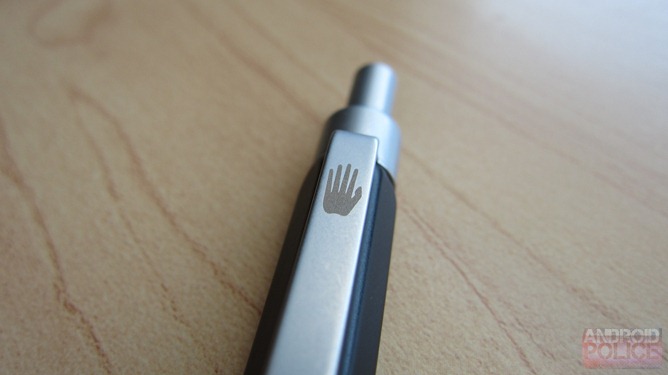 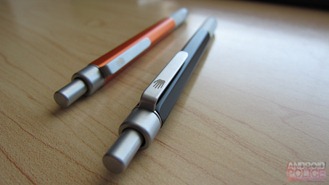 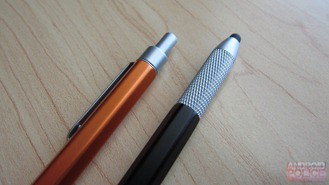 Not a fan of the clip? No big deal - it's removable.

Still, I feel pretty good about the Hand Stylus overall, especially once it leaves the prototype stage and makes its way into the retail market. Its retractable, replaceable tip and well-thought-out design make it one of the better styli that I've ever used (and I've used a lot), so long as you have a tablet that will accurately respond. That could very well be the problem, though: without being able to try it on every tablet in existence, it's a gamble (unless, of course, you actually have one of the devices I tested the stylus on, or an iPad).

At $25 for the stylus and $5 for a six-pack of replaceable tips, though, I feel like the Hand Stylus offers and excellent value and experience for the money. It's expected to begin shipping in July 2012 to all who pledge a donation on Kickstarter before June 16. It should become available for purchase shortly after that.

CyanogenMod Has Now Been Installed On Over 2 Million Devices, Doubles Install Numbers Since January