Nearly two months ago, I reviewed the new SanDisk 64GB class 6 microSDXC (the XC stands for "eXtreme Capacity") card, and came away hugely impressed. Something the size of my pinky fingernail that can store 16 compressed 1080p BluRays, and outperforms my class 10 16GB card? Yes please.

Shortly after the card's release, the company followed up with a UHS-1 (Ultra High Speed-1) class 10 version. While the original class 6 version now rests at $72 - a substantial price drop from the $100 at the time of review - the UHS card costs just $118. At $100 for the C6, it was a questionable purchase from a value perspective; at $118 for the UHS-1, you're paying for a well-deserved premium for performance.

The benchmarks explain it better than words ever could. The 16GB class 10: 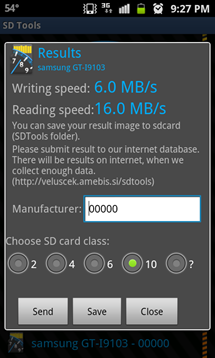 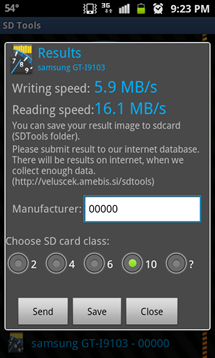 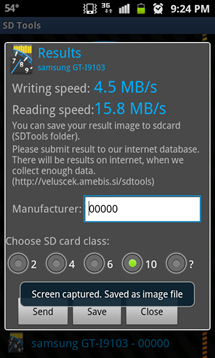 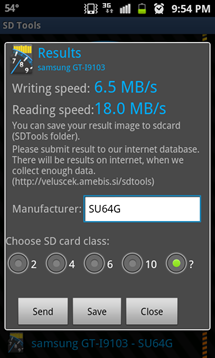 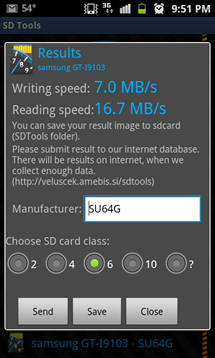 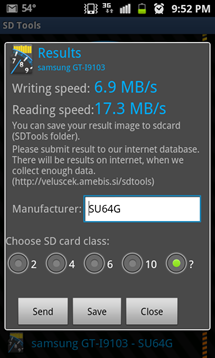 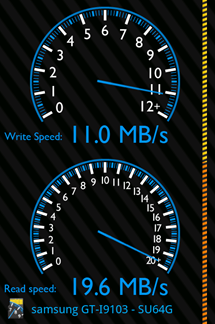 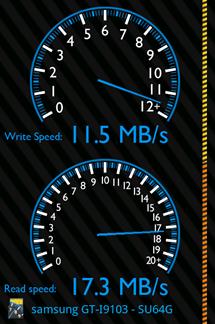 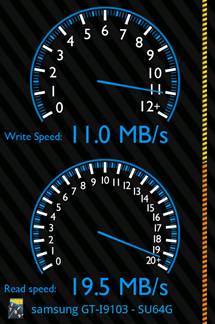 Apologies for the difference in screenshot style - the same app was used, but while benchmarking the UHS1, I realized that you could save the image itself from in-app rather than taking a screenshot.

Read speeds - arguably the more important metric - are about 10% higher, and write speeds are about 70% higher. More impressively, initial speeds are massive, with writes starting around 24MB/s and reads starting at about 32MB/s before leveling off at the final speeds shown.

Despite the advertised Android support, the card wasn't supported by default, nor would my Win7 PC recognize it. In both cases, I would have to reformat in order to recognize the card, as was the case with the original. Thus, I'm not sure why they slapped the Android logo on there this time, doubly so since formatting the card (so that it works with Android and Windows) wipes the card, thereby removing the app they shipped on it. More of a quirk than anything, thankfully. 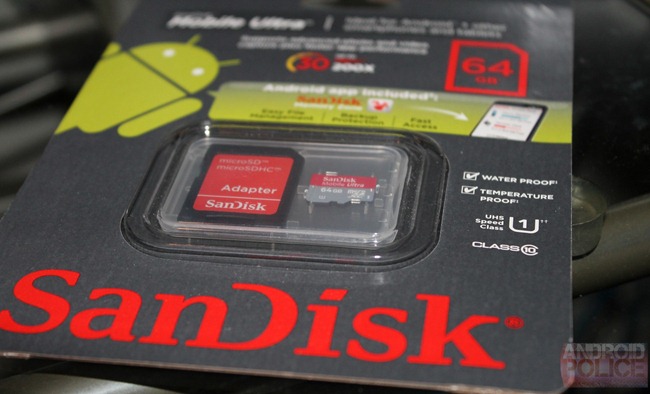 Ultimately, I still find local storage to be far superior to cloud storage. If you're in need of a large amount of microSD storage, take a long, hard look at both of SanDisk's 64GB microSDXC cards. The class 6 will be fast enough for the vast majority of users and at $72 is a reasonable value proposition. For those who require storage and uncompromising speed, though, the UHS1 card is well worth the purchase.