T-Mobile's editions of the device - which are among the few potential challengers to HTC's superb One X - will begin sale on (drum roll please) June 20th. There'll reportedly be two colors - metallic blue and ceramic white - as well as two storage capacities: 16GB and 32GB. However, if it's the ceramic white version you're after, you won't be able to grab it until July 11th; and even then, it appears it'll only be available in the 16GB capacity. 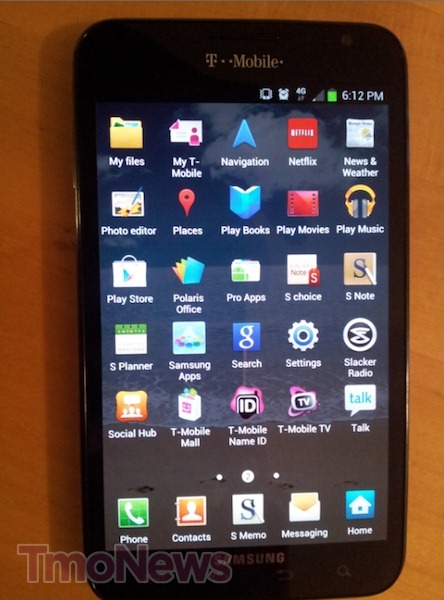 Additionally, TmoNews posted the currently scheduled launch dates for Samsung's Galaxy Note (pictured above) and for Huawei's "Phoenix" and "Buddy" myTouch devices - all three gadgets are on track for a July 11th release (right alongside the white GS III).

As usual, we feel obligated to tack on the disclaimer that these dates are far from final, so they could potentially change at any time. That said, they do provide an interesting preview of what's to come, and if nothing else, they make for an exciting end to an otherwise dull news day.

[Editorial] The Life And Trials Of Android: A Beautiful Mess That Is Destined To Survive