UDS, the company that brought us Capta (which we loved) and now working on Vavo, has a limited quantity of pads made of what I called "magic alien goo" - a key ingredient used in its products. It's sort of a weird material made in part with polyurethane (PU), which is both sticky and not sticky at the same time - but in exactly the right ways.

I have been playing with a PU pad for the last month or so, and it's now become my trusty gym companion. Heck, I can bring it anywhere, slap it on pretty much any surface, and voila - an instant phone holder. It can probably support a light tablet too - definitely a 7". I wouldn't trust it with a 10" for long periods of time, but with enough experimentation, you'll be able to figure out what you're comfortable with.

As I mentioned, the greatest use I found for this pad is in the gym. Specifically, the treadmill. I bring my phone with me and on average watch a full TV episode while on an elliptical or a treadmill. I use BT earbuds for convenience, which means there's no cord dangling in front of me, so I have the freedom to put my phone in front of me in a book pocket, turn on a video, and start the workout.

The problem is, some machines don't even have book mounts or anything else I could put my phone on. Even worse, vibration created by running on a treadmill is so hard that my phone vibrates itself off and threatens to fly to the ground every 30 seconds. It's really frustrating (first world problems, I know).

Enter PU pad. Rolled up, it barely takes up any space in my pants. At the gym, I unroll it, stick it absolutely anywhere on the treadmill, and voila - my Epic Touch is magically suspended in a place no other phone has ever been before. It looks mighty and victorious sitting that high. No amount of vibration will be able to throw it off its pedestal. It's absolutely brilliant.

Here are some uses I could think of off the top of my head: 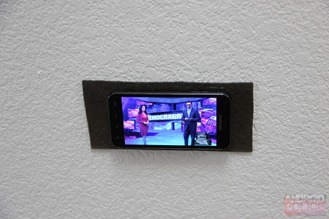 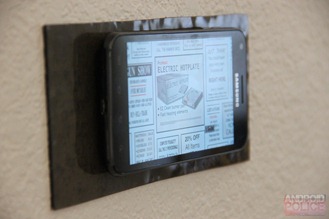 Wait, I said Spiderman, right? I meant this (if you saw this image a few weeks back, it would start making a bit more sense now): 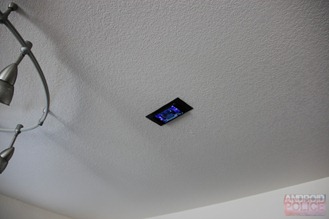 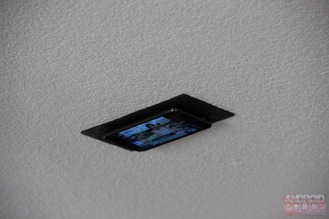 The list goes on. Think of a surface around you, and if you suddenly get an uncontrollable desire to have your phone attached to it at eye level, there's a good chance you will be able to accomplish it.

Enough Magic Talk - Where Can I Get One?

You can buy these pads directly from UDS here for $7.99. This includes free worldwide shipping. That's right - any country, shipped free. Honestly, after spending a month with one of these things, it's a steal at that price.

According to the company, there are about 300 of these pads left in stock, so if you want one, hurry up before they sell out. I have a feeling they're leftovers from manufacturing of Capta, so I'm not sure if UDS will make more when the stock is depleted.

Update 5/25/12: I confirmed with UDS that they indeed sold out, and actually didn't shut down their order form in time, so they'll need to cancel some orders for now. The good news, however, is that this demand and our coverage convinced them that they should make more, which they'll be doing in the next few weeks. The inscription will change to no longer mention Capta, and it'll look more generic, which is also good. Stay tuned, folks, hopefully it won't take long. I've also asked them to respond to any concerns in the post comments, so fire away.

More photos of the PU pad: on a wall, a computer monitor, semi-detached, rolled up (x2) 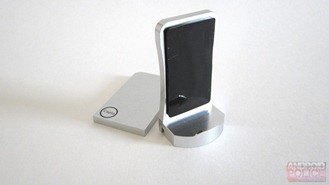 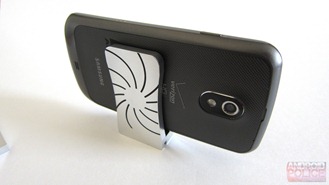 Similar PU material was used in the Capta

If you have any questions about these pads, feel free to ask in the comments.

Disclaimer: I do not get any commission for recommending Capta, PU pads, or anything else made by UDS. Rarely do I feel so much passion about a product, especially one this rough and simple, but when I do, it's a good sign somebody is doing something right.