Hot on the heels of blurry-cam shots of the upcoming LS970, a rumored upcoming Sprint LG device, today we've heard that the carrier has yet another phone from the other Korean electronics giant waiting in the wings - though this one's a little less exciting.

If you recall, the LG Viper is essentially Sprint's take on the LG Lucid, found at Verizon - a mid-range device with highly capable, if slightly dated, specifications. Packing a dual-core Snapdragon S3 processor and LTE, along with a pretty good IPS LCD panel, it definitely has raised the bar in the budget handset scene.

Now, according to BriefMobile, a sister device to the Viper is on the way in the form of the LS860, pictured below. 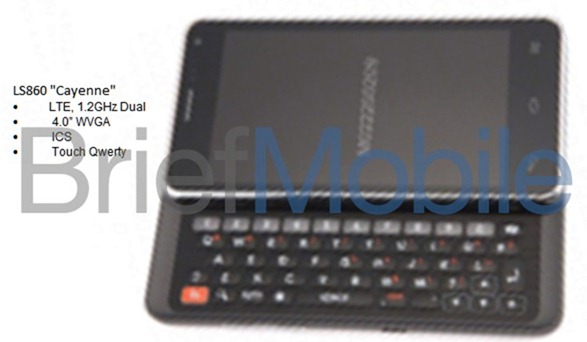 The "LS" prefix denotes a Sprint, Boost, or Virgin device, so we know this is headed to Sprint or potentially one of its subsidiaries. The last LG keyboard phone I can recall is the Ally, so let's hope this device is a lot better. Given the LTE, dual cores, and aforementioned display, it's definitely off to a good start. I thought the Lucid (and by relation, the Viper) was a great mid-range handset, so I've got high hopes for its QWERTY sibling.

Jury Finally Decides: Google Did Not Infringe Oracle's Patents With Its Use Of Android