Theme Hospital was a hit when it came out on the PC in 1997. Fans of the game are free to begin celebrating now that the game has been ported to Android as a free app by a one man UK developer called Armed Pineapple. The developer is working from the CorsixTH free software project, but it looks like someone has taken the code he's released and has started selling it on Google Play. Something smells fishy. 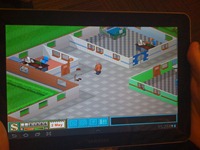 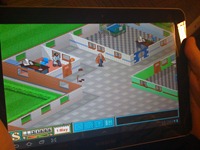 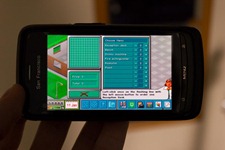 The game is a simulation where players have to craft a virtual hospital that will attract patients with all manner of hilarious conditions and complaints. Theme Hospital earned a place in many a gamer's heart with its dry wit and sarcastic dark sense of humor. The original game is, as you may expect, closed source. But the love many gamers feel for Theme Hospital has led to a number of projects seeking to resurrect it. Using some of the original game assets, CorsixTH was developed and uses the MIT License.

The MIT License is a free software license, so the developer that took the code from Armed Pineapple was technically free to do so. The MIT License allows code to be used in proprietary works as long as the new work also carries the MIT License. This might be the sticking point, as the Google Play version from "barleystudio" has no language about the license that I can see. They also have no link to a website in the Play Store description. Finally, it looks like this version includes the copyrighted original game assets, which are definitely illegal to distribute.

Aside from the licensing concerns, there are some troubling permissions listed on the Play Store version (which sells for $1.49). It asks for the ability to read sensitive log data and read phone state/identity. Neither of these permissions are included in the free and open version maintained by Armed Pineapple. Below, the Play Store version is on the left, and the free Armed Pineapple app is on the right. 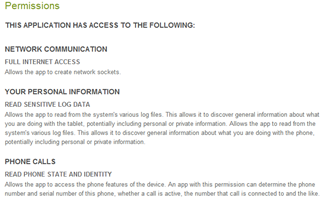 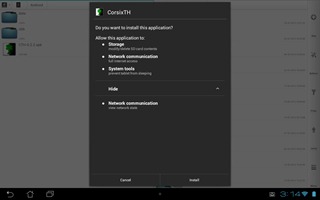 On his blog, Alan from Armed Pineapple says the version in the Play Store is based on his code, but is wary of any changes that could have been made. He suggests staying away from this version, and instead grabbing the free APK from his site. I'm inclined to agree for multiple reasons. You'll need to find a copy of the game assets (or demo assets) to play the game, but that shouldn't be too tough.