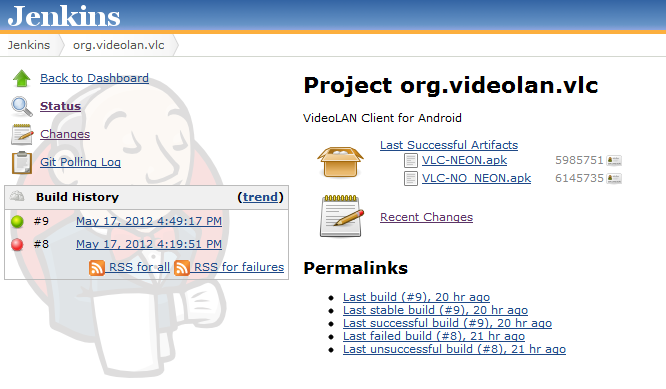 The builds come in both NEON and non-NEON flavors. So, folks with older phones, or devices with the Tegra 2, for example, should probably download the non-NEON version. Newer devices packing the likes of the T3, S4, and modern Exynos SoCs can enjoy the NEON version. Be sure to check online to see if your processor has NEON support if you're unsure.

To reiterate, this isn't an official source, and the builds are still very alpha at the moment, but it's nice to see that the community is at least picking up some of VideoLAN's slack. Hit up the source link below to grab the most bleeding edge VLC on Android you can get right now. Motorola Updates ICS Timeline, Droid RAZR/MAXX And VZW XOOM Should Get It Before The End Of June