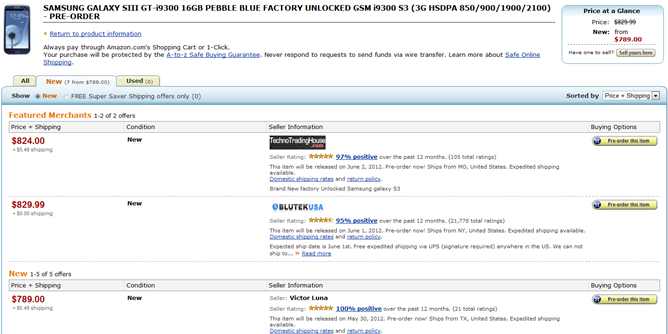 If you just can't wait to reserve your device, head down to the source links below to place your order.

Expansys also has pre-orders for Samsung's shiniest new toy on its site for $694.99, absolutely demolishing all of the above retailers prices. As always, they're available in both blue and white. It's not through Amazon, but hey, at least we recognize Expansys' name.

Roland-Garros® 2012 Is The Official App Of The French Open, Tennis Fans Rejoice