LG has officially announced its foray into the quad-core smartphone space, with the launch of the Android 4.0 Optimus 4X HD. Unveiled just prior to MWC in February, the smartphone features NVIDIA's latest Tegra 3 Quad-Processor clocked at 1.5GHZ, with the 4-PLUS-1 architecture. Additionally, the device will have a:

LG's assertion, that the 2,150mAh battery on the Optimus 4X HD is the biggest amongst quad-core smartphones, might be technically true as the Droid RAZR MAXX (sporting a massive 3,300 mAh battery) has only two cores. The removable battery will also utilise LG's advanced SiO+ technology to provide "higher energy density for more power and longer run times without adding bulk". 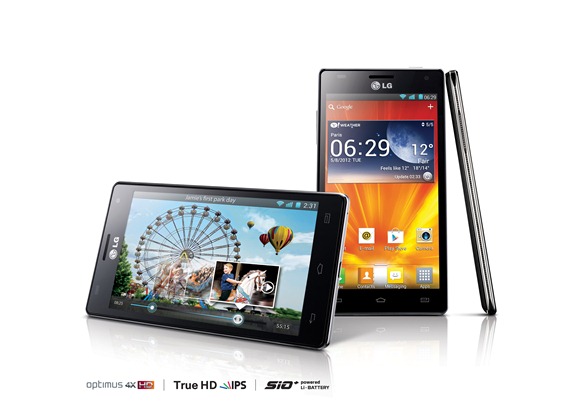 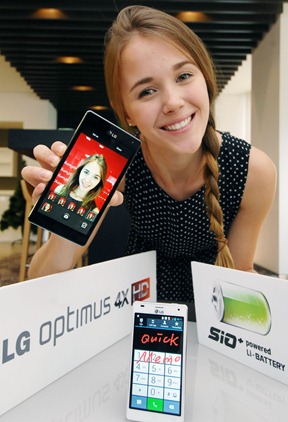 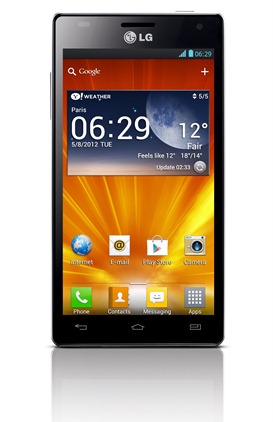 On the software side, the Optimus 4X features LG's latest "User Experience" together with a couple of bundled apps, namely Quick Memo and Media Plex. Quick Memo is a note taking app that appears as an overlay on the app you are currently running. Media Plex is basically an image and video playback app that has some useful features, such as:

The device will be arriving in Germany, Sweden, Great Britain, Italy and Poland in June. The rest of the world will be getting the phone "in the coming months".

For more information on LG's latest release, check out their official press release:

SEOUL, May 15, 2012 – LG announced that the Optimus 4X HD, which was first introduced at Mobile World Congress (MWC) in February, will be available next month in key markets starting in Western Europe.
Beyond the fast NVIDIA Tegra 3 processor, LG’s latest Android 4.0 device boasts the biggest battery among Quad-Core smartphones at 2,150mAh and a superb high resolution viewing experience with in the 4.7-inch True HD IPS display. Since MWC, the Optimus 4X HD has been upgraded with new SiO+ battery technology, Quick MemoTM to enhance productivity and Media PlexTM for an advanced multimedia experience.
The Optimus 4X HD is fitted with NVIDIA’s 4-PLUS-1™ Quad-Core mobile processor, the Tegra 3, which utilizes a fifth core for the best power efficiency and outstanding performance. For maximum performance, Tegra 3 runs on all four cores but when in standby mode the processor defaults to the fifth, battery-saver core. In a future upgrade, LG will introduce Eco-Mode specifically for the Optimus 4X HD which will allow users to manually shut down any of the Tegra 3’s cores for even more control over power consumption and performance.
The removable 2,150mAh battery utilizes advanced SiO+ technology to provide higher energy density for more power and longer run times without adding bulk to the phone’s already svelte form factor.
“Beyond the fast processor, superb display and largest-in-class battery, the Optimus 4X HD is the first LG smartphone to feature the new User Experience (UX),” said Dr. Jong-seok Park, President and CEO of LG Electronics Mobile Communications Company. “As the smartphone segment consolidates even further, it’s becoming more and more apparent that both great software and great hardware are crucial to stay on top of the game. LG intends to be a strong contender in both areas and the Optimus 4X HD is our proof.”
One of the new UX features in the Optimus 4X HD is Quick MemoTM, which first appeared in the Optimus Vu:. Quick MemoTM is not an app but is integrated into the operating system of the Optimus 4X HD so that it can be activated within any application, including games or video players. It gives one the ability to jot memos or notes over a screen image for saving or sharing with others. The version of Quick MemoTM found on the Optimus 4X HD is a newer version that allows URLs imbedded in memos to directly connect to web pages.
Media Plex TM is the newest addition to the Optimus 4X HD. This is a collection of software features that take image and video playback on the smartphone to a level that until now was only possible on a PC or laptop. Some of the innovative features offered by Media Plex TM include:
-  Fingertip Seek that shows a preview of any video frame simply by touching the progress bar;
-  Live Zooming which allows viewers to zoom in and out by pinching during video playback;
-  Video Speed Control for precise control of the playback speed of a video;
-  Thumbnail List Play which enables users to view thumbnails of videos playing while watching another video full screen.

The advanced 8.0MP BSI (backside illumination) sensor camera of the Optimus 4X HD comes with a powerful new feature that allows users to select and save the best shot among the images taken just before pressing the shutter button.
And with MHL (Mobile High Definition Link) and DLNA (Digital Living Network Alliance), there are multiple ways to connect the phone to TVs and other devices in the home.
The Optimus 4X HD will be rolled out in Europe followed by countries in Asia, CIS, South and Central America in the coming months.