Evernote is a great little cross-platform service that lets you sync notes between devices and save them in the cloud. Using Evernote is so seamless for me, it's like outsourcing my memories to the internet. The app was nothing to sneeze at before, but it just got a big update to version 4.0 that brings a new look and a few features that fit in perfectly with Android 4.0.

There is a new home screen with big, friendly buttons to make a new text note, audio note, photo, or upload a file of any sort. These functions were there before, but now the home screen is accessed by swiping to the left on any screen. This is also where you can filter by tags or notebooks, which are handled much more elegantly. Evernote 4.0 also has a correctly-implemented Action Bar which will conveniently hide itself when you're reading a long note. 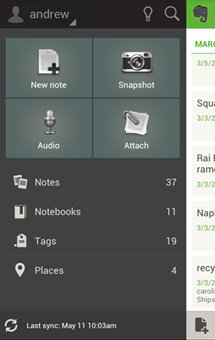 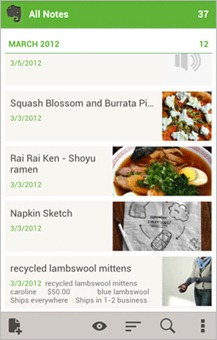 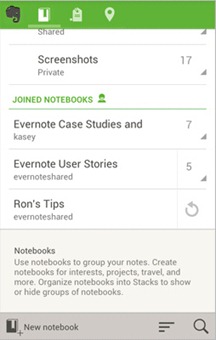 Evernote 4.0 jives with the Ice Cream Sandwich aesthetic without losing its brand in the process. There's still a lot of green around, and the developers chose to stick with some of their own icons rather than use the stock Android ones. Evernote is free for up to 60MB of monthly bandwidth, which is plenty for most users.

[Evernote; thanks Raphael, Nate, and Leanna]

Google Is Reportedly Planning A Renewed And Expanded Nexus Device Assault This Fall, And This ...