Remember when Facebook said that it was going to finish its IPO, and then work on improving its mobile experience? Well, reverse that. Ahead of the company's IPO, the social networking giant has already announced at least one minor improvement to its mobile apps and website: bigger pictures and posts! 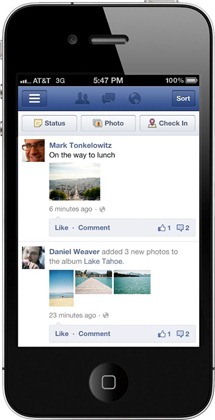 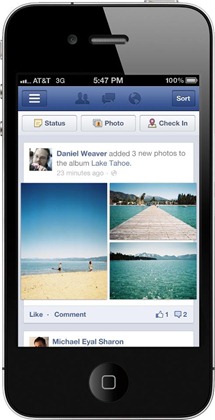 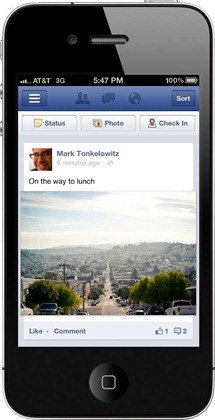 Old version on the left, new version in the center and right.

In an effort to make use of all those wonderful high-resolution displays you kids are carrying around these days, Facebook is making photos look bigger, and posts wider, to the point of reaching the edges of your display. Well, almost, if the pictures above are any indication. Still, it's a lot wider (and prettier!) than what we're previously used to. Those who are familiar with Facebook's many, many site changes will recognize that this is something they did a while back for their desktop feeds, so it should be both an expected and welcome change, adding a bit more design cohesion.

The update is being conducted server side, so no need to update your apps. Just wait for Facebook to sneak into your phone in the middle of the night and move your stuff around while you sleep.