Racing games are nothing new on Android, but Mini Motor Racing has a fun look and feel you just don't see very often. In this game you're racing nitro-infused remote-controlled cars, and what could be cooler than that? Name one thing you would have wanted more as a kid. You can't, can you?

Mini Motor Racing has the kind of features you'd expect out of a racing game, like plenty of cars, spec upgrades, and multiple control schemes. I'm happy to see the game also launch with Wi-Fi multiplayer; something many games omit. There are 20 different tracks that you can race on, but with varying weather conditions offer even more permutations.

Graphically, Mini Motor Racing looks like a real treat. The developer claims the game is enhanced for "fast devices," but isn't entirely clear what that means. Perhaps some Tegra-only additions? The game is huge, clocking in at 161MB. That's the largest game I've seen listed as a single package in the Play Store. It uses the Android built-in additional data download, so make sure you've got a good data connection before proceeding. Two bucks seems like a fair deal. 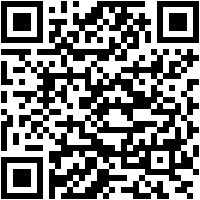