If you were to come up with your ideal phone, the specs would probably look like those rumored for the mysterious LG LS970 on Sprint. This phone will reportedly have the Qualcomm APQ8064 (Snapdragon S4) at its heart. This is a quad-core 28nm Krait chip with the next-generation Adreno 320 GPU. Since this is an "APQ" chip, that means a separate LTE data modem will be used, currently listed in the leaked profile as the MSM9615. 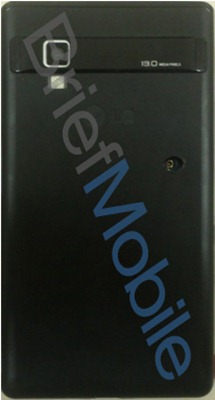 Also included in the leaked data is a listing for 2GB of RAM, which is twice as much as high-end devices are currently shipping with (and probably more than Android needs). The supposed screen is a little bizarre. We're looking at a 4.67-inch 1280x768 panel, but those extra pixels could be reserved for on-screen buttons. The rear camera is called out as a whopping 13MP sensor.

This device seemingly has everything I could want in a phone, which immediately makes me skeptical. The tipster says this phone is expected at the end of the year, so maybe it won't be all that ahead of tis time - it might have just leaked earlier than the competition. The device is being called simply "G" internally, but could be dubbed Eclipse 4G LTE when it launches. It could be an amazing phone, and something LG sorely needs to make up for past Android mistakes. I want to believe.