Last week, I threw the Acer A510 and the ASUS TF300 in the ring together for a head-to-head battle. After claiming the A510 as the victor, several readers wanted to know how it compares to the Transformer Prime (referred to as the TF201 from here on out). Since you probably already know what a head-to-head is all about, let's just get right to it.

First off, let's look at the hardware specs of each:

When it comes to any portable device, one of the first things that stands out is the display. Is it vibrant? How is the color reproduction? What about viewing angles? For many, the answers to these questions can be what makes the decision to buy a specific tablet. 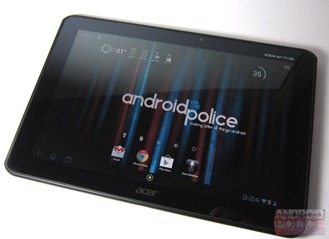 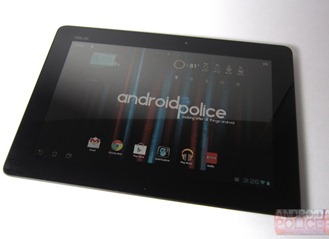 The Acer A510's TFT display is just that: a TFT display. That doesn't make it bad, but it's not what I would call fantastic, either. The colors are slightly washed out, blacks aren't as dark as they could be, and whites/light grays have a slight blue tint. Still, the viewing angles are good, and the brightness isn't bad all. In a nutshell, it's definitely not the worst display I've ever seen, but it's not the best, either.

On the other hand, the ASUS TF201's Super IPS+ display is crazy good. The colors are vibrant, and blacks are black; whites/light grays, however, are a bit on the dull side. The viewing angles are also excellent - colors looks just as vivid at 45-70 degrees as they do dead on, regardless of which way you turn the device. And, being a Super IPS+ panel, it's insanely bright - 600 nits, to be exact. When in Super IPS+ mode at maximum brightness, the A510 can't hold a candle to the TF201 in terms of brightness. In standard IPS mode, however, the two are comparable.

As noted above, the TF201's processor is clocked 100MHz faster than the A510's, in both single-core and multi-core mode. How does this translate into real world performance? Not much different, actually.

Update: The TF201 and A510 actually run at the same clock speed (1.4GHz single-core; 1.3GHz multi-core), there was just a bit of miscommunication that made me think otherwise.

We went ahead and threw some synthetic benchmarks at each tablets, so here's a quick look at those.

The ASUS TF201 was in "performance mode" for all benchmark tests. 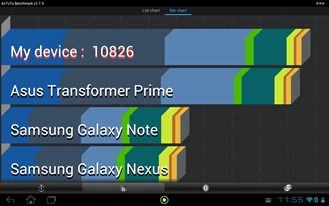 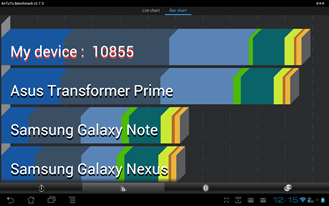 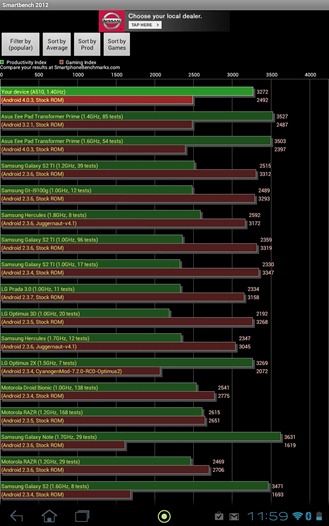 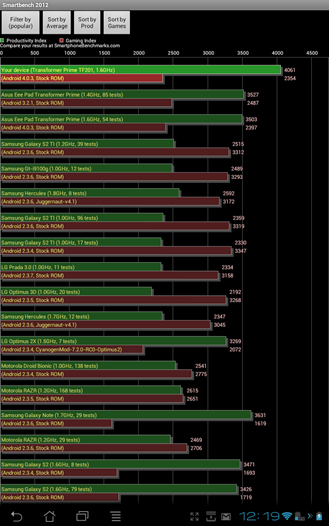 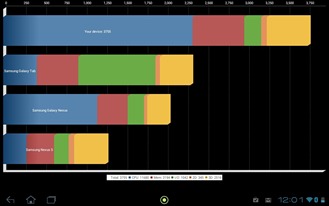 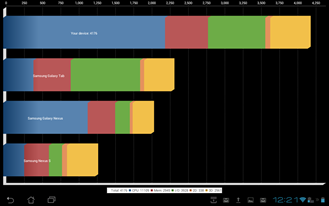 By request, I ran a few benches that test the internal storage speed. The results are below; the first set is is the Databse I/O and SD Card I/O (which, in this case, is the internal storage of each) from AnTuTu. The second set of images is from an SD card benching app called AndroBench. 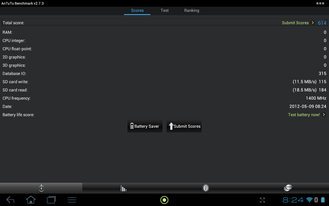 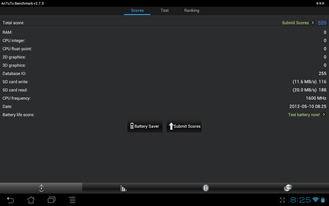 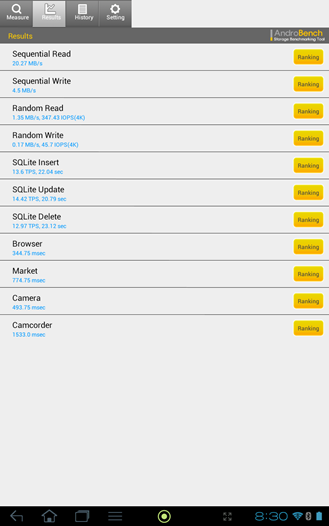 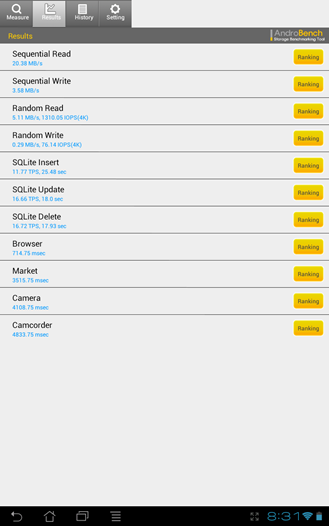 During the read/write speed tests, there was a lot of inconsistency in the TF201's results. On some occasions, it was very fast, but on others, it slowed to a crawl. The A510, on the other hand, produced similar results with each test.

As you can see, the TF201 smokes the A510 in most of the benchmarks. However, as we all know, benchmarks aren't everything.

In fact, when it comes to real-world use, the A510 out-performs the TF201 at nearly every task. For example, I fired up the Play Store on both devices, navigated to a game (Farm Invasion USA) and hit the install button at the exact same time. Both devices downloaded the file and started the installation process at the same time, and that's where the main difference came into play: the A510 finished installing the app a full 20 seconds before the TF201. Similarly, when launching Play Music at the exact same time, the A510 had the app loaded and ready to use at least five seconds before the TF201. This happens in nearly ever scenario I can think of.

Of course, that's not to say the TF201 is slow by any means, just that the A510 does things more efficiently, despite being at a disadvantage on paper. Since the benchmarks show the TF201 is capable of being a powerhouse, though, I'm going to give these devices a tie on performance.

This is probably the most difficult portion of the comparison, as both tablets feel incredibly well-made. There is no give in either, the buttons have very little play about them, and the materials, while different, are bot quite nice (for the most part). 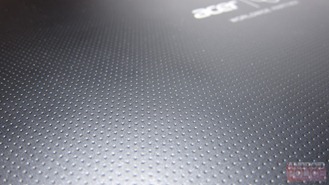 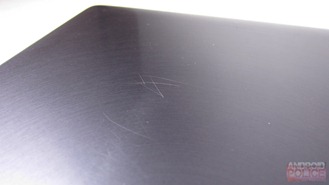 Left: A closer look at the texture back of the A510; Right: A few of the scratches on the TF201

However, there are definitely some things to take into consideration when looking at these two devices. Firstly, the TF201 is made entirely of aluminum, so it not only feels incredibly high-end, but it has the look to fit. That class isn't without its downfalls, though. As you may know, Aluminum is a soft metal, so it's incredibly lightweight, yet sturdy. The downside to that, though, is that it scratches extremely easily. The back of my TF201 is covered in tiny scratches, most of which I have no clue how got there. When held in the right light, you can see every one of them, which is exceedingly annoying. Not only that, but it stays quite cold to the touch all the time; not a huge deal, but not ideal, either.

The back of the A510, however, is made of a very nice feeling textured plastic. It's also worth noting that, due to its plastic back, the A510 gets quite a bit warmer thank the TF201 during processor-intensive tasks. It's definitely not hot enough to cause any physical harm, but you'll know when the tablet is working hard. Still, even though it doesn't scream high-end like the TF201 does, the lack of scratching and cold feel is worth the tradeoff to me. 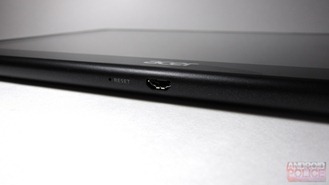 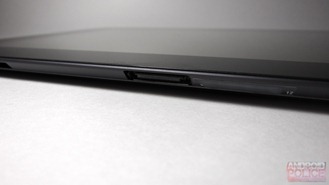 Both devices have the standard ports: 3.55mm headphone jack, microSD, and microHDMI. They also have the standard wireless connections: Wi-Fi, Bluetooth, GPS, etc. However, the A510 charges over a microUSB port, whereas the TF201 has a proprietary port. What does that really mean, in terms of functionality, though? It means you can attach the A510 to the computer with the same cable you use on your phone (I keep a microUSB cable plugged into my PC all the time); it also means that, with the right AC adapter, can you travel with one cable for both phone and tablet, instead of needing separate cables for each. Should this be the deciding factor on which tablet you buy? Definitely not, but it's still nice to know. 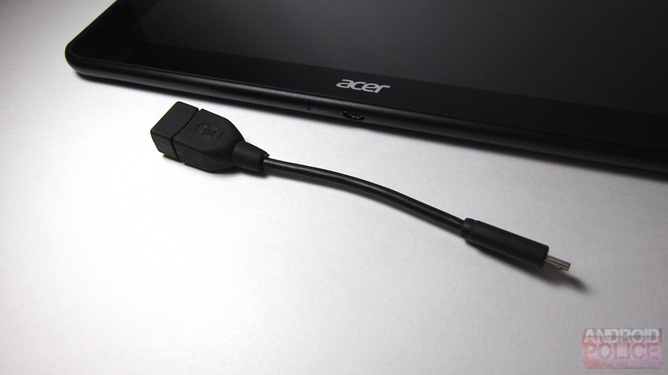 The A510 also comes with a USB host adapter cable that plugs into the microUSB port so you can use things like external hard drives, mice, game controllers, keyboards, and more with the tablet. In order to do the same thing with the TF201, you need the keyboard dock, which is an extra $100-150. Of course, the dock also brings a full-size SD card slot, an internal battery that boosts the TF201's battery life rather substantially, and a very useful keyboard/touchpad. This A510 doesn't have a comparable accessory, so the TF201 does stand alone in that regard.

In terms of connectivity, the A510 definitely has broader range of Wi-Fi coverage, thanks to its plastic back. Similarly, the GPS works flawlessly right out of the box. The TF201's GPS and Wi-Fi issues are no secret, and even though ASUS has offered a free fix for GPS, there are just too many things stacked against the TF201 in this section.

Since the TF201 has three varying modes of performance - power saving, balanced, and performance - it also has varying levels of battery life, depending on which mode you're in. With balanced mode, you'll get about 7(ish) hours of battery life with moderate use (browsing, email, social networking, light gaming) and 5.5-6 hours or so of heavy use. In Performance mode, you can expect those times to be about an hour or so less; adversely, you can probably get close to 9 hours of light usage with power-saving mode on, and 7.5-8 hours of heavier usage. Of course, this is with the display in IPS mode; if you're spending a significant amount of time with Super IPS+ enabled, then you expect drastically shorter battery life. As mentioned earlier, the keyboard dock also has a built-in battery, which will boost the overall life of the TF201 by around 3-4 hours, depending on use.

When it comes to battery life, the A510 is a beast. It packs a 9800mAh battery, which should keep you going for about 10 hours of moderate use. Of course, if you plan on playing Tegra 3 games for hours on end, you'll need to hit the charger more often, but should still get around 7 hours or so on a single charge. It's hard to beat that, but given the TF201's varying performance modes, I'm going to have to call this one a tie. 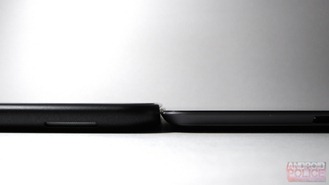 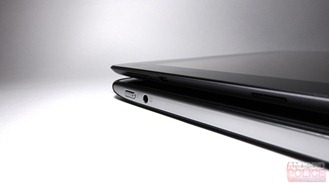 When it comes to tablets, thin is in. The more features that a manufacturer can pack into a rail-thin frame, the more people will love it. And if they can make it lightweight, too, it'll definitely strike the heart of many.

Since this section is about as cut-and-dry as it gets, I'll just say it: the TF201 is lighter and thinner, so it takes the crown here. 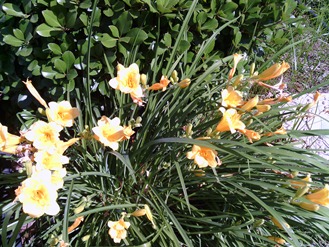 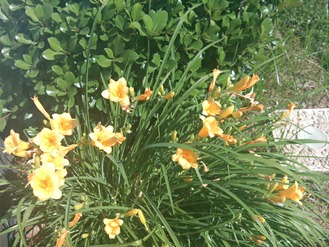 I almost didn't include this section, but decided that that the six people out there who actually use the camera on their tablet might appreciate it. Honestly, neither one of these tablets take very good pictures: the A510's camera oversaturates images to the point of ridiculousness, and the TF201's camera produces overly washed out images. If you can combine the two, the result might be almost decent. 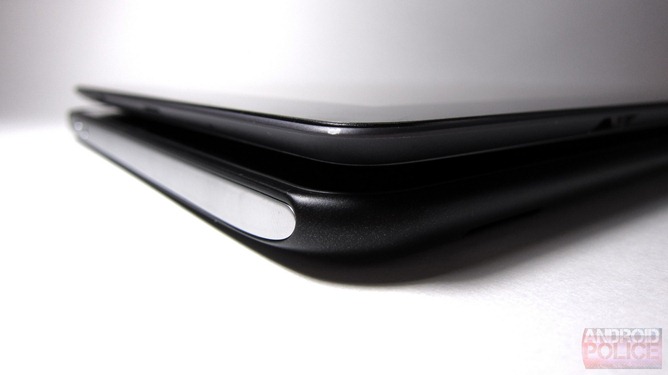 I'm not going to call on overall winner here, because I don't think it's fair to name one "better" than the other. Much like with smartphones, the way each individual uses their tablet constitutes which one is the "best" one for them, and both of these tablets are absolutely fantastic devices.

If you're looking for a laptop replacement, then the TF201 and its keyboard dock is definitely a winning combination; however, it's just as easy to pair a Bluetooth keyboard to the A510, but it won't give you the added battery life, full size USB port, or SD card slot that the TF201's dock does.

With all that said, I've chosen the A510 as my daily driver. It feels great, has powerhouse performance, and the battery easily gets me through a couple of days of use. Paired with a Bluetooth keyboard, this device provides exactly what I'm looking for out of a tablet.

Sprint's Samsung SPH-L300 Image And Supposed Specs Leak - It's Not The Galaxy S III, But Has ICS